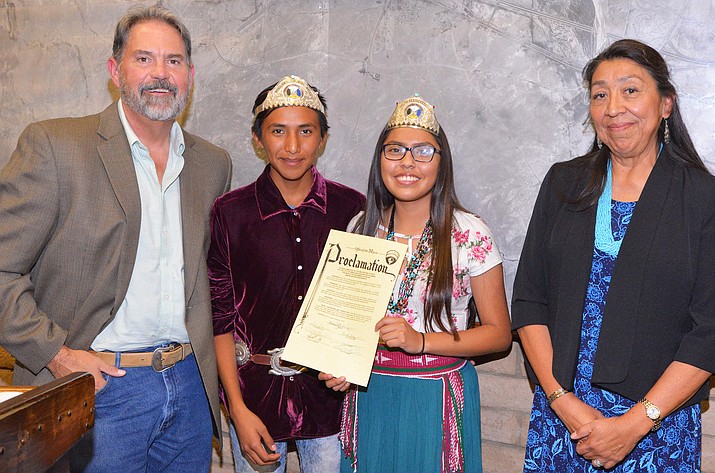 Nov. 9 – Benny Yazzie and his group will perform at the high school during lunch

Nov. 29 – Native Festival to be held at the Student Union at Winslow High School

The mayor and council presented the proclamation to Denise Estudillo, director of the Indian Education Committee at the Winslow School District and representatives from the Winslow Residential Hall.