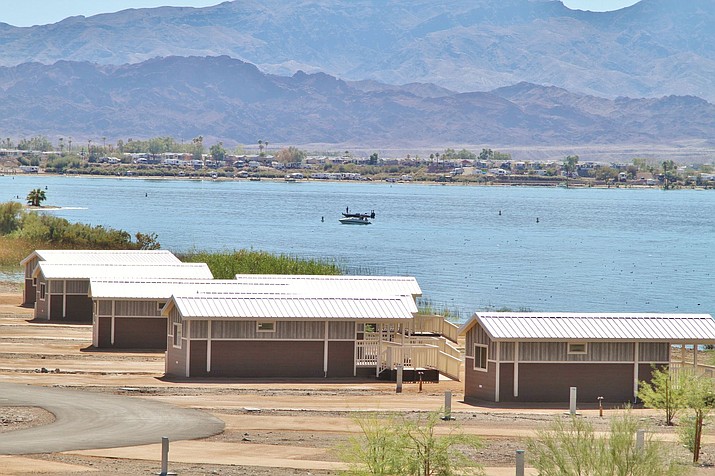 Lake Havasu State Park has made recent renovations including modernized restroom facilities and the construction of more than a dozen beachfront cabins. These renovations would serve the park’s estimated 500,000 visitors per year, but for construction to proceed under state regulations, care would have to be taken to prevent the destruction of Native American antiquities.

According to former Parks and Trails compliance officer and tribal liaison Will Russell, the agency circumvented those requirements and proceeded with construction, without consulting the tribes.

Russell worked as a compliance officer for Parks and Trails until October, when he ultimately resigned from the agency in protest. He filed his complaint with the Arizona Department of Administration this month.

Prior to construction of the state park’s cabins and restroom areas, Russell warned parks managers of native artifacts at the site, echoing a 2006 survey from the Arizona Department of Transportation, which held similar findings about the area.

“There was an area where they wanted to stockpile trash and materials. I said there’s an archaeological site there that would require remediation. They said they’d look into it, and I took them at their word. When I was back out there a few months later, they had a bulldozer there. I warned them numerous times, verbally and in writing to avoid that area … Every time I went, there was a new construction project.”

According to Russell, ancestral Native American antiquities existed in the Havasu region before the construction of Parker Dam in 1938. Ancient native trails still existed along Havasu’s present waterline, and geoglyphs were present throughout the surrounding area. Stone blocks, used by natives to craft tools and as workstations for food manufacture, were also among the antiquities damaged in the state park’s recent construction efforts.

“These sites are very important to Native American culture,” Russell said. “It’s rare to have such communities living so close to their ancestral sites … I ended up trying to find projects, and (Parks Director Susan Black) was hiding them. I’d hear about illegal projects after the fact and play catch-up, then apologize to the tribes, trying to make the best of a horrible situation.”

According to Russell, Black rarely consulted with tribes in the Havasu region, and Russell was eventually removed from his position as tribal liaison.

“She didn’t see the point,” Russell said. “I tried everything I could to find out what was going on at Lake Havasu State Park, but I couldn’t do my job. I was eventually prohibited from contacting the tribes, field staff and even property owners on private, adjacent land. I couldn’t do anything.”

In 2006, the potential archaeological significance of areas of Lake Havasu State Park made the park eligible for placement on national and state historic registries. While potential damage to archaeological antiquities must be reported by law to the Arizona State Museum, the Museum did not receive any such notification of damage at Lake Havasu State Park, according to an Oct. 23 report by the Phoenix New Times.

According to Administration Department Assistant Director Megan Rose, the department is actively reviewing Russell’s accusations. As a matter of administrative policy, the department could not comment further on the matter, as it is pending review.