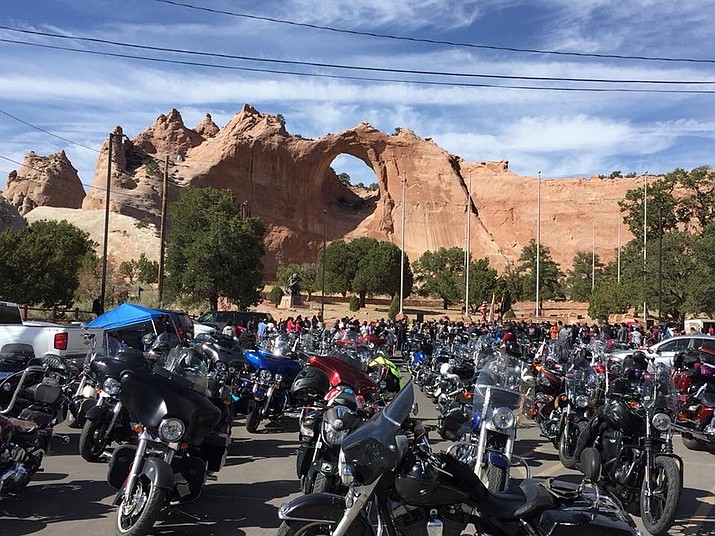 Named for Army Spc. Lori Piestewa, the first Native woman to die in combat on foreign soil, the run honors all men and women who lost their lives while serving their country. Piestewa, Hopi, was 23 in March 2003 when her convoy made a wrong turn near Nasiriyah, Iraq, and ran into an ambush. She and three other soldiers were killed.

In Beclabito May 19, riders paused to remember Army Spc. Troy Orion Tom, who was killed in August 2009 in Arghandab, Afghanistan, when an improvised explosive device detonated near his unit.

“These warriors gave their lives for their country and for the Navajo Nation,” Begaye said during a brief ceremony. “Today we honor all who served in the Armed Forces and fought for our freedom — and especially those who lost their lives in that service.”

The run, which included stops in communities along the way to honor the families of the fallen, concluded with a ceremony in Window Rock. Vice President Nez offered the closing remarks.

“When we lose one Navajo warrior, we all mourn,” he said. “We will always remember these brave men and women and never forget their sacrifices.”

The run, which came one week before Memorial Day, also serves as a reminder of all the Native Americans who have served their country in times of peace or war. Natives enlist in the Armed Forces in greater numbers per capita than any other ethnic group. They have served in every major conflict for the past 200 years.