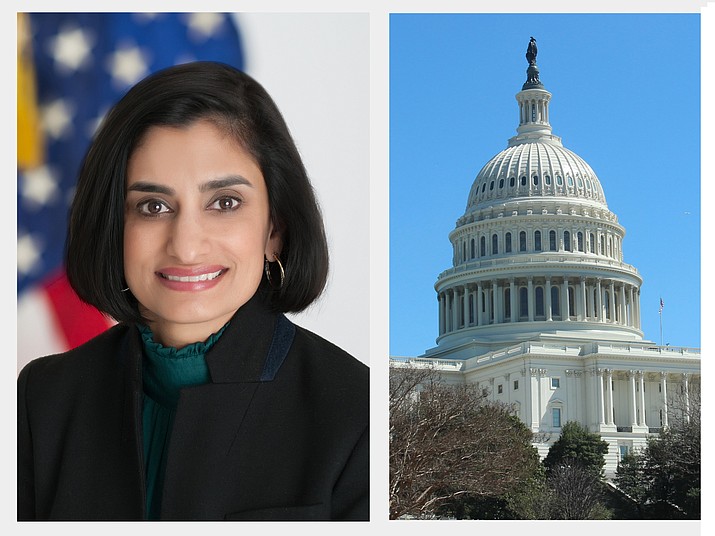 Trump administration maintains tribes are a race rather than sovereign governments and Indian Health should not be exempt from Medicaid’s ‘race-based’ work rules. Seema Verma, administrator for the Centers for Medicare and Medicaid Services confirmed in January that the Health and Human Services contends that tribes are a race as opposed to a separate sovereign government, thus not exempt from Medicaid work rules. (HHS/Vincent Schilling)

The Trump administration is supporting a major policy shift on Indian health programs which could result in a loss of millions of dollars to the Indian Health Service while also sabotaging treaty rights.

A story in Politico Sunday raised the issue. It said, “the Trump administration contends the tribes are a race rather than separate governments, and exempting them from Medicaid work rules — which have been approved in three states and are being sought by at least 10 others — would be illegal preferential treatment. ‘HHS believes that such an exemption would raise constitutional and federal civil rights law concerns,’ according to a review by administration lawyers,” Politico said.

Seema Verma, administrator for the Centers for Medicare and Medicaid Services confirmed in January that the Health and Human Services contends that tribes are a race as opposed to a separate sovereign government, thus not exempt from Medicaid work rules.

The Trump administration has allowed Arkansas, Kentucky and Indiana to institute work-requirements in order to eligible for Medicaid. Other states are in the process of seeking similar requirements where Medicaid participants would have to work some 20 to 80 hours each month in order to continue receiving the health insurance.

The new policy on Medicaid work requirements “does not honor the duty of the federal government to uphold the government-to-government relationship and recognize the political status enshrined in the Constitution, treaties, federal statutes, and other federal laws,” said Jacqueline Pata, executive director of the National Congress of American Indians. “Our political relationship is not based upon race.”

“The United States has a legal responsibility to provide health care to Native Americans,” Mary Smith, who was acting head of the Indian Health Service during the Obama administration and is a member of the Cherokee Nation, told Politico. “It’s the largest prepaid health system in the world — they’ve paid through land and massacres — and now you’re going to take away health care and add a work requirement?”

Medicaid has become a key funding stream for the Indian health system — especially in programs managed by tribes and non-profits. Medicaid is a state-federal partnership and public insurance. The Affordable Care Act expanded Medicaid eligibility, but the Supreme Court ruled that each state could decide whether or not to expand. Since the expansion of Medicaid some 237,000 American Indians and Alaska Natives in 19 states have become insured.

But even that number is misleading because it does not include money collected from third-party billing from tribal and non-profit organizations. In Alaska, for example, the entire Alaska Native health system is operated by tribes or tribal organizations and the state says 40 percent of its $1.8 billion Medicaid budget is spent on Alaska Native patients. That one state approaches the entire “budgeted” amount for Medicaid.

Other states report similar increases. In 2016, Kaiser Family Foundation found that in Arizona, half of one tribally-operated health system’s patient visits were covered by Medicaid. And, an urban Indian Health program reported that its uninsured rate at one clinic fell from 85 percent before the Affordable Care Act to under 10 percent due to Medicaid enrollment.

Those Medicaid (and all insurance) dollars are even more significant because by law they remain with local service units where the patient is treated (and the insurance is billed). In Alaska more than two-thirds of those dollars are spent on private sector doctors and hospitals through purchased care for Alaska Native patients. And, unlike IHS funds, Medicaid is an entitlement. So if a person is eligible, the money follows.

A recent report by Kaiser Health News looked at Census data and found that 52 percent of residents in New Mexico’s McKinley County have coverage through the Medicaid. That’s the highest rate among U.S. counties with at least 65,000 people. “The heavy concentration of Medicaid in this high-altitude desert is a result of two factors: the high poverty rate and the Indian Health Service’s relentless work to enroll patients in the program,” Kaiser reported. Most of McKinley County is located on the Navajo and Zuni reservations.

Kaiser Health News said Medicaid has opened up new opportunities for Native patients to “get more timely care, especially surgery and mental health services. It has been vital in combating high rates of obesity, teen birth, suicide and diabetes, according to local health officials.”

However the growth of Medicaid is resulting in unequal care for patients in the Indian health system. The benefits in some states, including those that expanded Medicaid under the Affordable Care Act, are more generous. Other states not only refused to expand Medicaid and have been adding new restrictions such as requiring “able-bodied” adults to have their Medicaid eligibility contingent on work.

But the Indian health system — the federal Indian Health Service and tribally and nonprofit operated programs — are in a special case because there is a 100 percent federal match for most services. So states set the rules, but do not have to pay the bill. (Medicaid is often the second largest single item in a state budget behind public schools.)

Work rules are particularly challenging for Indian Country. Unlike other Medicaid programs, patients in the Indian health system will still be eligible to receive basic care. So stricter rules will mean fewer people will sign up for Medicaid and the Indian Health Service — already significantly underfunded — will have to pick up the extra costs from existing appropriations. That will result in less money, and fewer healthcare services, across the board.

A letter from the Tribal Technical Advisory Group for Medicare and Medicaid said American Indians and Alaska Natives “are among the nation’s most vulnerable populations, and rely heavily on the IHS for health care. However, the IHS is currently funded at around 60 percent of need, and average per capita spending for IHS patients is only $3,688.” The latest per person cost for health care nationally is $10,348 (totalling $3.3 trillion, nearly 20 percent of the entire economy).

The tribal advisory group said it is “critically important” that there be a blanket exemption for IHS beneficiaries from the mandatory work requirements.

A report in September by the Kaiser Family Foundation showed that the majority of American Indians and Alaska Natives on Medicaid already work, yet continue to face high rates of poverty. It said over three-quarters of American Indians and Alaska Natives are in working families, but that’s a gap of about 8 percent compared to other Americans (83 percent).

The Trump administration’s characterization of tribal health programs as “race-based” is particularly troubling to tribal leaders because it would reverse historical precedence.

A memo last month from the law firm of Hobbs, Straus, Dean & Walker said the Centers for Medicare and Medicaid Services “has ample legal authority to single out IHS beneficiaries for special treatment in administering the statutes under its jurisdiction if doing so is rationally related to its unique trust responsibility to Indians. Under familiar principles of Indian law, such actions are political in nature, and as a result do not constitute prohibited race based classifications. This principle has been recognized and repeatedly reaffirmed by the Supreme Court and every Circuit Court of Appeals that has considered it, and has been extended to the actions of Administrative Agencies like the Department of Health and Human Services even in the absence of a specific statute.”

Mark Trahant is editor of Indian Country Today. He is a member of the Shoshone-Bannock Tribes