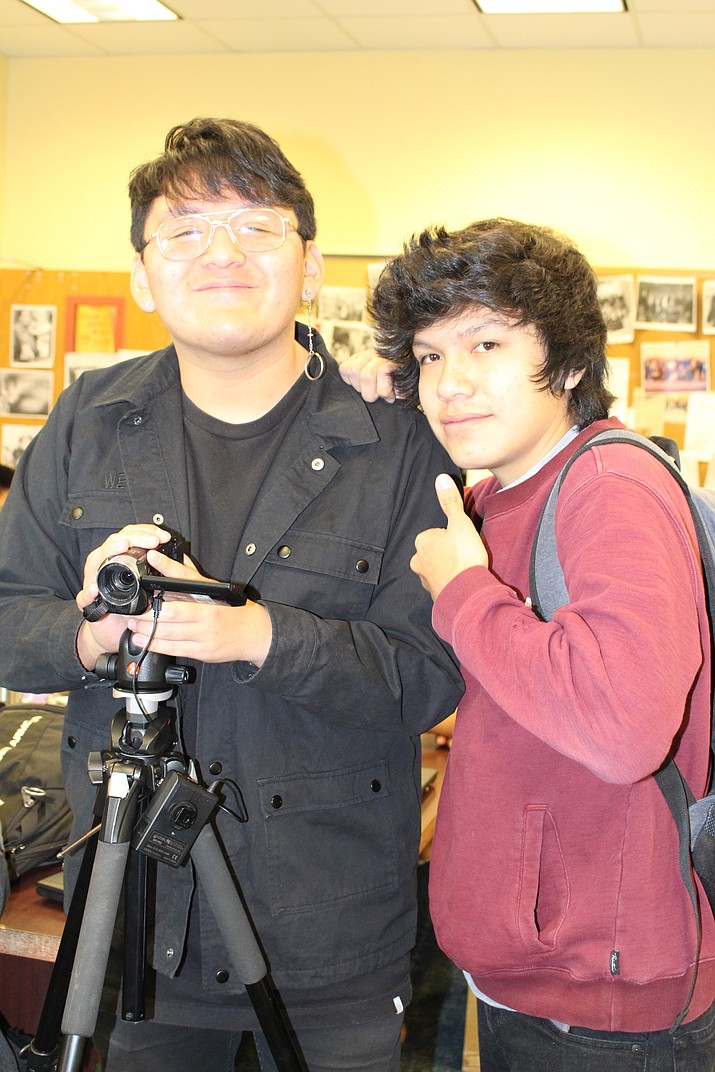 Fredericks, video editor for the broadcast class at Hopi High, said he is excited about attending the summer journalism camp.

“I can’t wait to meet new people and learn things,” he said.

Fredericks, a junior, said the summer camp is important to him because it will help him gain experience in the field. He hopes to learn more about writing and shooting videos. He is considering majoring in videography or journalism. He is also interested in art and fashion.

“I am constantly influenced by Native American journalists,” he said. “I want to learn new equipment and try equipment that’s better than here.”

Fredericks hopes he has a chance to improve his video editing skills while at the summer camp.

“Video editing is important and essential. It will only help me,” he said. “I will put all I learn into next year’s video program.”

Frederick likes being on screen, editing or working with the camera. He said being among the few Native Americans at this conference will empower him to learn more. He is interested in making videos addressing LGBT issues in minority communities.

Edgewater, who works on the camera and audio in the Hopi High video class, said he is excited about being given this opportunity. He is looking forward to learning more about the video field. He hopes to learn more about video production at the summer journalism camp.

Edgewater, a junior, is considering minoring in the media field. He wants to major in the visual arts, but he hopes to make documentaries.

“I want to be an audio and video editor,” he said. “I feel like this will be a new experience for me. I hope to learn more about audio this summer.”

Edgewater said he plans to use everything he learns in next year’s video class.