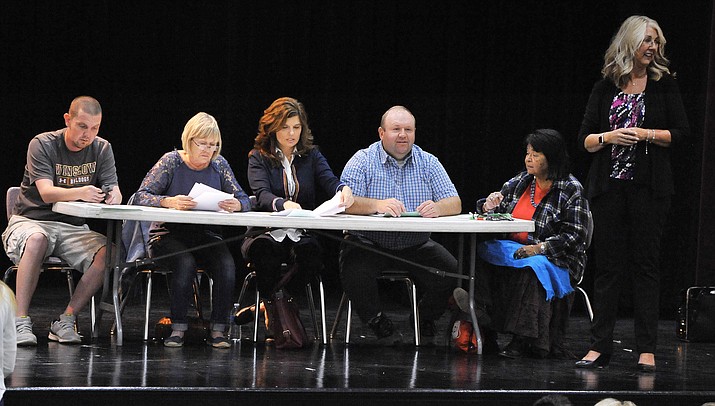 Winslow School superintendent and Winslow School Board removed one of a two week break from the spring/fall school schedule. (Todd Roth/NHO)

WINSLOW, Ariz. — Beginning in school year 2018-19, the Winslow School system will remove one week of the two week breaks in the spring and fall schedules.

This extra week was instituted to give students with less than optimum success, a chance to catch up. Too few of the students needing remedial studying participated in the offered opportunity for catch-up. The policy change was unveiled during an informational public event March 14. Cyndi Mattox, Winslow School superintendent, presented the change to an audience of more than 100 parents. School board members were also in attendance. Questions were taken from parents regarding other changes in delayed start and early release days. Presently, the school board is refining potential changes for the next school year and requests that parents make known their preferences to school officials. The 2018-19 school schedule will be officially announced after more input is received. More information is available from the Winslow School Board at (928) 288-8101.