Winslow celebrates basketball champions with a parade in downtown 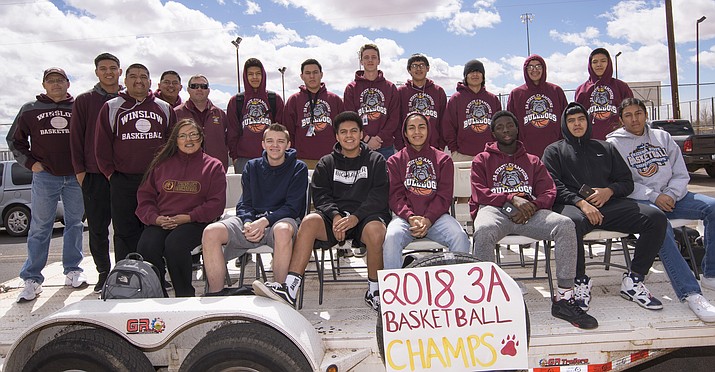 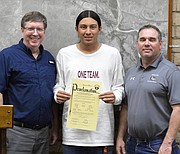 The city of Winslow celebrates the Winslow HIgh School 3A boys basketball champions March 15 with a parade in downtown Winslow. The players took the title when they defeated the Blue Ridge Yellowjackets 79-63 in the Arizona State 3A Conference Championship at Gila River Arena in Glendale Feb. 26. It was the Bulldogs’ first championship win since 1979 and Winslow ended its season with 27-6 record. Above left: The Winslow High School basketball team and coaches pose on their float waiting for the parade to get underway. Above right: on March 13 the Winslow City Council and Mayor Robin Boyd awarded a Proclamation in honor of the Winslow High School Basketball team for winning the 3A state chmapionship. Above right: Mayor Robin Boyd, team captain Ricardo Villanueva and coach Scott Corum.