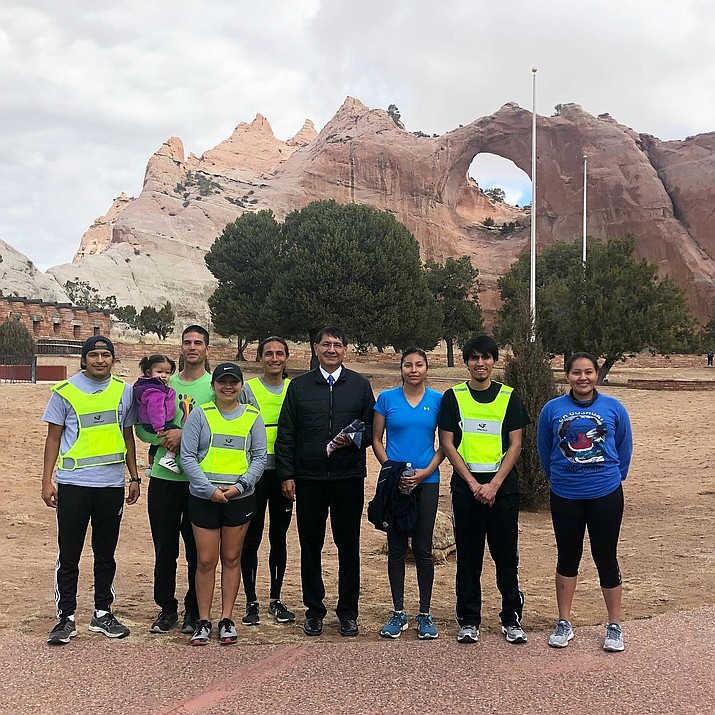 WINDOW ROCK, Ariz. — The Office of the President and Vice President (OPVP) applauded the Bears Ears Prayer Run Alliance (BEPRA) group for organizing the Sacred Strides for Healing prayer run, which brought awareness to the recent reduction of Bears Ears National Monument and supported the monument as originally designated.

“The younger generation is full of leaders willing to stand up for what they believe in,” said Navajo Nation Vice President Jonathan Nez. “I admire our youth for protecting our way of life, uniting tribes and bringing awareness to these issues in a positive-spiritual manner.”

“Navajo youth and youth from other tribes are continuing to stand up for what they believe is right,” Begaye said. “They are protecting sacred land not only for themselves but for future generations too.”

Sacred Strides for Healing is an inter-tribal relay run collaborative organized by BEPRA with assistance from Wings of America, the Seventh Generation Fund for Indigenous Peoples and Utah Diné Bikéyah. Runners began March 12 from various starting points across Arizona and New Mexico. They converged in White Rock, Utah March 15 before completing the final stretch to Bears Ears March 16.

After the run, runners camped at Allen Canyon on the Ute Mountain Ute land March 16 and 17. The event flyer made it clear that the camping “is not an occupation” and informed participants that the land will only sustain a brief encampment.

Those who wished to stay at the campsite were required to bring their own camping gear.

On day two of the run, runners on the Zuni/Navajo route stopped by the Window Rock Veterans Park where the OPVP greeted them with refreshments and support. Before the group continued on their route Nez prayed with them for a safe journey on their route and for people to hear their call for unity.

The young runners made their voices heard by uniting tribes throughout the southwest to promote prayers of healing for Bears Ears National Monument and all sacred lands. Sacred Strides for Healing comes during the 150th year of the Treaty of 1868, said Nez.

“This year we want to remember to stand together as a nation,” he said. “We also want to remind the federal government that we are on a government-to-government level with them because of that treaty. And we do not support the reduction to the monument made by President Trump.”