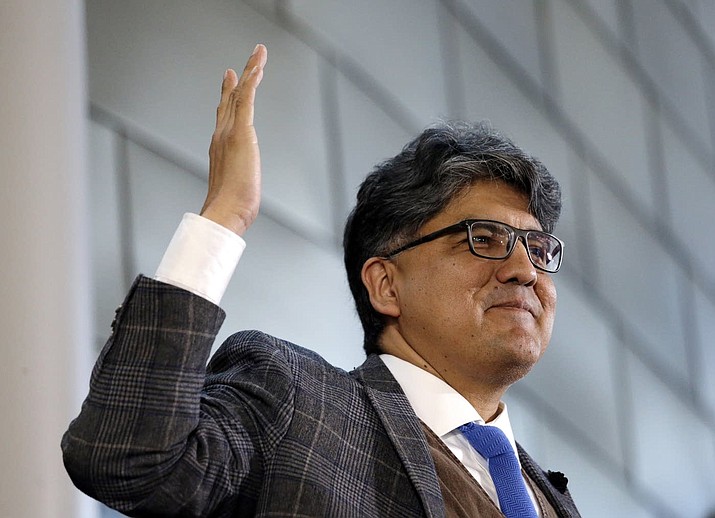 SEATTLE — After issuing a public statement and apology last week admitting he had “harmed others,” Native American writer Sherman Alexie has lost a significant degree of credibility as three women have made statements publicly on National Public Radio (NPR) alleging sexual misconduct.

In an extensive report by NPR’s Lynn Neary, three women who first came forward privately on social media to Litsa Dremousis, decided to go public on the program about their experiences with Alexie. Their sexual allegations against him range from sexually suggestive comments in private and public, intimidation and sexual manipulation and overt sexual coercion.

Dremousis, an author that has admitted she has had an affair with Alexie but was not a victim, says she referred the women last week to NPR. Though three have come forward publicly, NPR says 10 women in all spoke to NPR about Alexie, a married man with children.

Jeanine Walker, who is a Seattle-based teacher and one of three women who came forward on the record, and whose stories NPR has corroborated with several sources, says she was at first excited to meet Alexie because he wanted to read her poems.

But when one day Walker went to meet Alexie for a friendly game of basketball, things turned uneasy when she went to change clothes in his office restroom.

“When I turned around he was right behind me, and just like physically very much in my space. And leaned towards me and said, ‘Can I kiss you?’ I said no and backed away, and he kept moving forward and was like, laughing and smiling and sweaty and whatever, and he said ‘It’s just, we’re playing basketball, you remind me of the girlfriends I had in high school.’ And I just said ‘Well, we’re not in high school, Sherman,’” said Walker in the NPR interview.

Erika Wurth, a Native American writer who was just 22-years-old at the time she met Alexie years ago says she at first felt Alexie was a hero. She was invited to one of Alexie’s readings in Colorado and walked with him afterwards to his hotel and began chatting in the lobby. When she began to leave, Wurth says Alexie jumped over the coffee table and began to kiss her.

As a young woman, Wurth told NPR she had almost no sexual experience and went into a state of non-reality. Alexie invited her to his room. Wurth did and ended up on Alexie’s bed.

Wurth told NPR, “He’s kind of taking my clothes off and kissing me… and I’m kind of like stock still, trying to convince myself this is OK. It’s not working, and eventually I say, because I am kind of scared of this situation, ‘I’m a virgin.’ But it got really weird, because then he’s still trying to work me over, and I’m just stock still, and I think at that point, in my opinion, he realized that if he wanted to have sex with me he would have to violate me, he’d have to rape me. And he did stop.”

Wurth told NPR that she stayed in touch with Alexie, hoping he would still be her mentor or apologize. Years later, they had a second sexual encounter which also ended badly. Wurth said Alexie did give her a positive quote for her first book, and a letter of recommendation, which she now thinks was to keep her from saying anything bad about Alexie.

Elissa Washuta is a member of the Cowlitz Indian Tribe, who also came forward on NPR. Washuta met Alexie when she was going to publish her first book. When going out with a group of people that included Alexie, Washuta says she was simply chatting with him.

“Sherman told me that he could have sex with me if he wanted to,” she said to NPR. “But he used a stronger word, beginning with F. You know, he had not said it quietly, he had not whispered it. It seemed that the men we were talking to could have heard it. I couldn’t believe that somebody would say something to me like that.”

Eventually, Washuta and Alexie became colleagues at the Institute of American Indian Arts. One time, on a work trip to Santa Fe, Washuta says Alexie tried to lure her into his hotel room.

Later, after a disagreement over an essay of Washuta’s, Alexie implied she had plagiarized his work. She later decided to leave the IAIA, because Alexie was a prominent member of the faculty.

When searching his former Twitter handle @Sherman_Alexie, Alexie’s account has either been deleted or had its name changed.

When searching his former Twitter handle @Sherman_Alexie, Alexie’s account has either been deleted or had its name changed.

Since that time, the IAIA has made a gesture regarding allegations against Alexie. Last week, the Institute changed the name of its Sherman Alexie Scholarship to the M.F.A. Alumni Scholarship.

Additionally, Alexie has deleted or changed the name of his Twitter account, and his website at www.FallsApart.com has been adjusted so that his landing page is his apology letter.

Alexie, nor his representatives have responded to Indian Country Today’s requests for comments on the allegations.