Who should run the Indian Health Service? 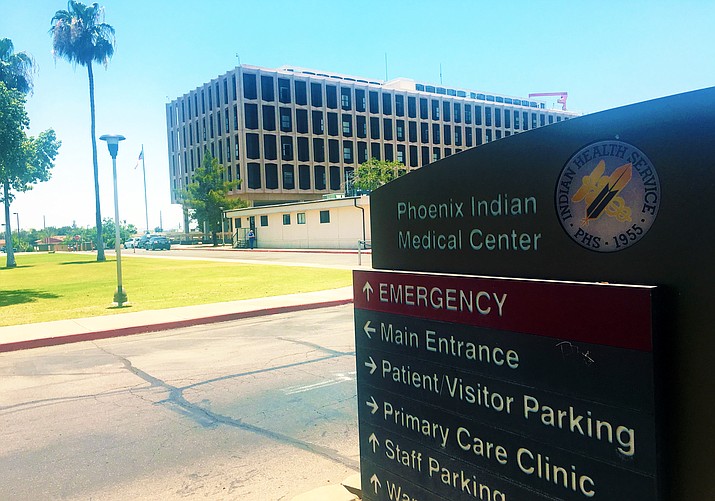 Most of the Indian Health system is managed by tribes or non-profits. There are 26 IHS hospitals and 19 tribal or or non-profit hospitals. (Mark Trahant, Indian Country Today Media Network)

PHOENIX — Who should run the Indian Health Service? Not “who” exactly, but what kind of leader? What kind of skills and experience would be the most useful?

This question is more important than ever. The Trump administration has withdrawn the nomination of Robert Weaver to lead the agency. Weaver, a member of the Quapaw Tribe of Oklahoma, has a background in private insurance working with tribes to set up plans to cover tribal members.

Weaver’s nomination was sidetracked after The Wall Street Journal reported serious misstatements on his resume’ both in terms of education and work experience. A representative of the Department of Health and Human Services said, “Mr. Weaver is no longer the Administration’s nominee for Director of the Indian Health Service.”

The Trump administration has withdrawn the nomination of Robert Weaver to lead the IHS.

For his part, in a letter to tribal leaders, Weaver said the president has been an “ardent supporter of fixing Indian health throughout this process.” And he said, “he will fight to give voice to the change needed at IHS until the mission is complete … the delivery of timely, high healthcare for Indian Country no matter where you live.”

And Weaver went further in an op-ed for Native News Online. He said he wanted to be IHS director for the “sole purpose” of being a part of the solution.

“… many tribes supported me from around Indian country. Why? I think because they know that babies are being born on IHS hospital floors. They know that people are dying of heart attacks because the crash carts at their IHS hospitals don’t have the proper medications. They know that some of the places where they live don’t have running water. They knew that I was the right person to start addressing these abuses because I’ve been an unwavering advocate for our peoples’ health and wellness for the past decade and I was willing to meet and listen,” wrote Weaver.

The key word is “mission.” The mission of the Indian Health Service has become so confused that even policy makers cannot or will not articulate the challenges ahead. Two U.S. Senators, for example, recently talked to National Public Radio and Kaiser Health News about the agency’s leadership and its lack of resources.

Senator Elizabeth Warren, D-Mass., in a speech on the Senate floor last month said, “the IHS cannot engage in long-term planning without a permanent director at the helm.” Indian Health Service

Senator Elizabeth Warren, D-Mass., in a speech on the Senate floor last month said, “the IHS cannot engage in long-term planning without a permanent director at the helm.”

Senator Elizabeth Warren, D-Mass., in a speech on the Senate floor last month said, “the IHS cannot engage in long-term planning without a permanent director at the helm. It cannot efficiently fix problems at hospitals that failed inspections and where Medicare and Medicaid funding is in jeopardy. It cannot move as decisively to ensure that IHS facilities stay open.”

Montana Democrat Jon Tester told NPR, “It’s well documented that IHS has been underfunded now for decades, and you can’t get blood out of a turnip, you can’t get health care out of an agency that doesn’t have enough money to be able to do the job that they’re required to do. Congress also needs to do its job and make sure IHS has the dollars it needs, no more, no less, to do the job that’s required, and that’s to take care of the Indian people.”

However Montana Republican Steve Daines told NPR, “throwing more money at it isn’t going to solve the fundamental problem of lack of accountability and lack of leadership. You need to prioritize and look at where we spend the money,” Daines said. “One of the areas we need to address is to insure that the compensation structure for the health professionals that serve, the folks that are right there on the front line, delivering healthcare in Indian Country, that the wages they’re provided are competitive, so that we can attract and retain good health care professionals. That is an area that needs to be addressed, and that’s what we need to prioritize.”

What’s missing from this conversation? Medicaid.

Medicaid is a growing part of the Indian health system budget. (A trend that is not reflected in the actual budget that Congress enacts every year.)

The discourse about the Indian Health Service continues to be about a federal agency that delivers health care to American Indians and Alaska Natives. And, within that story, there are so many clinics and hospitals that only require more order and funding in order to carry out even basic health care.

Only the IHS story is much more complex. We need to think differently about the IHS. (As I have written before: I would even change the name to the Indian Health System to reflect what the agency now does.)

Most of the Indian Health system is managed by tribes or non-profits. There are 26 IHS hospitals, and 19 tribal or or non-profit hospitals.

But, and this is huge, there are 526 clinics, health centers and stations run by tribes and non-profits and only 91 by IHS.

The federal role is changing. The Indian Health Service still does operate health care delivery and it sets standards. But it’s also a major funding source–and even that is misleading–because Medicaid is also a significant funding source for tribal and non-profit facilities.

This is important because Medicaid has been under attack by the Trump administration from day one. The administration claims it’s protecting the Indian Health Service budget–all the while proposing deeper and deeper cuts into Medicaid–as Sen. Warren pointed out.

There is a disconnect. And it’s visible in the budget. The line item for “collections,” that is, money from Medicaid, Medicare and private insurance, is roughly $1.2 billion. That’s a number that has not changed much despite a huge expansion of Medicaid under the Affordable Care Act. This number should have been growing dramatically. But it’s not because it does not capture the amount of dollars collected tribes and non-profits, only the money that goes into IHS direct services.

This is misleading because when you talk to tribal and non-profit administrators, as I have, there is a different story to tell. Medicaid is now more important to local budgets than the IHS itself.

The expansion of Medicaid also explains a lot about the shortages within the Indian health system. The federal Indian Health Service will take Medicaid funds, but it’s not growing the pot. Tribes and nonprofits have done that. And so there is more money for Indian health in states that have expanded Medicaid.

Mark Trahant is editor of Indian Country Today. He is a member of the Shoshone-Bannock Tribes. Follow him on Twitter

Editor’s note: Some of this material was previously posted on Trahant Reports.