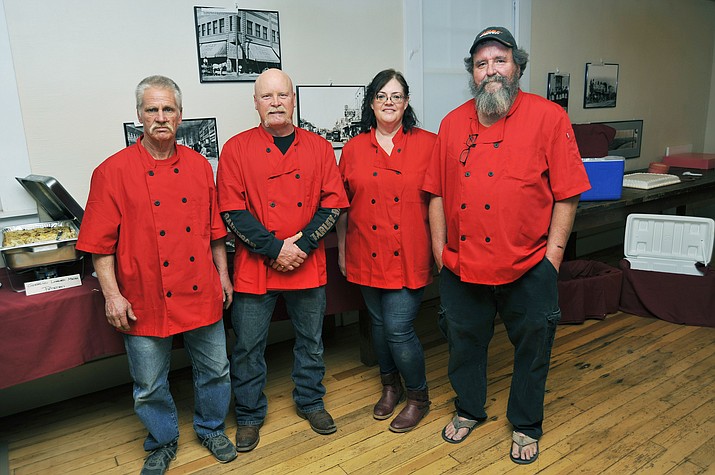 Thumbs Up catering CEO Mike Dean has settled in Winslow and for the past four years has been providing high-end food for fundraisers and various groups around the country. Dean’s group has recently expanded and he is now serving the Winslow area. Dean said he raises his own vegetables and pork, make their own bacon and cold smoked Bratwurst so he can create and raise a premium beef supply similar to Kobe beef. Thumbs Up is also providing the Navajo County Fair Commission with samples of mutton dumpling stew which it hopes to provide at the fair for the Native American palate. Dean said has his own code compliant mobile kitchen, which can serve hot breakfasts freshly made. Dean is available at (480) 695-0502. Above, Thumbs Up Catering CEO Mike Dean is on far right.