Letter to the editor: Scars left behind by uranium mining are visible on Navajo Nation 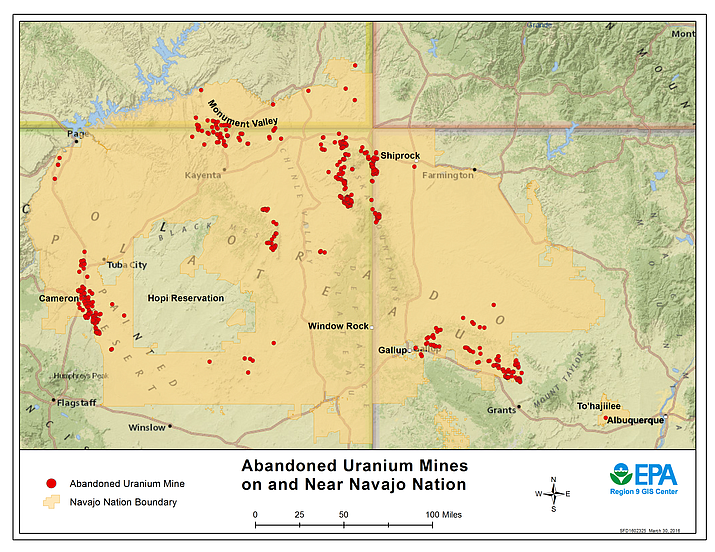 As children, our playground was the land around our reservation including the edge of the sacred Tsékooh Hatsoh — what many call the Grand Canyon. We walked the sheep pastures with our fathers, and tossed rocks and swam in the shimmering pools of crystal clear water. It wasn’t until much later that we came to understand the invisible danger that would threaten our health for the rest of our lives.

Some of those pools; close to more than 500 uranium mines near Navajo Nation lands in northern Arizona, were contaminated with industrial pollution. The water was radioactive; there were no warning signs near many of the pools, and we were exposed.

The cancer rate doubled on the Navajo Nation between 1970 and 1990. Doctors treated children with advanced kidney disease. Leukemia was well above the national average. Our livestock became radioactive. Groundwater contaminated. Agriculture poisoned. The life-threatening scars left behind by uranium mining are visible throughout the Navajo Nation and northern Arizona. Scientists and researchers have worked on mitigation and clean-up for years. The impact has been thoroughly researched, is well documented and is indisputable.

Our invisible scars are horrifying: families without elders; children without parents; parents who have buried children. We have lost our honorable and hard-working Naabeehó Warriors, who were the providers of our families. Beyond social ills the loss of life, health, and hope can’t be measured or charted. How does one calculate the impact of your grandfather’s lost wisdom? What’s the value of a hug from a healthy child?

Life, health, and hope are invaluable. This is why I’m fearfully watching as uranium mining companies once again look to develop and expand their claims in our area. Foreign companies like Canadian-owned Energy Fuels Inc., are pushing the U.S. Department of Interior to roll back protections and increase activities that could once again lead to the poisoning of our lands.

I was pleased to recently see that the Department of Interior, under Secretary Ryan Zinke’s leadership, listed the “successful defense of a mineral withdrawal near the Grand Canyon” among its key 2017 accomplishments in an end of year press release — after a U.S. federal appeals court affirmed the ban. But it’s important to recognize the ban is just for new claims. There are hundreds of existing claims that could still be developed and; in the same court case, the court upheld a separate decision that allowed the nearby Canyon Mine to remain open. I hope and trust that Secretary Zinke and his Department remain committed to defending the mineral withdrawal.

We don’t need mining to support our local economies any longer. Millions of people come to this area now to hike and enjoy the outdoors every year. They spend money in our hotels, restaurants and guide shops. They eat the meat from our sheep. Will they continue to come if the rivers they swim in and the pools from which they fill their water bottles are toxic?

We’ve been down this road before and we will not make the same mistakes again. A local coalition of elected officials, scientists, researchers, conservationists and concerned community leaders are now meeting regularly to discuss the best ways to protect our land. I am proud that these efforts have led the Flagstaff City Council to recently reaffirm its commitment to protect the Grand Canyon, its inhabitants, visitors and animals. I’m encouraged to see other cities considering similar resolutions.

We call on everyone in northern Arizona to pay close attention to this issue and support those who have so much to lose if we allow this type of development to occur. This issue is not going away and we must all work hard to safeguard our future.