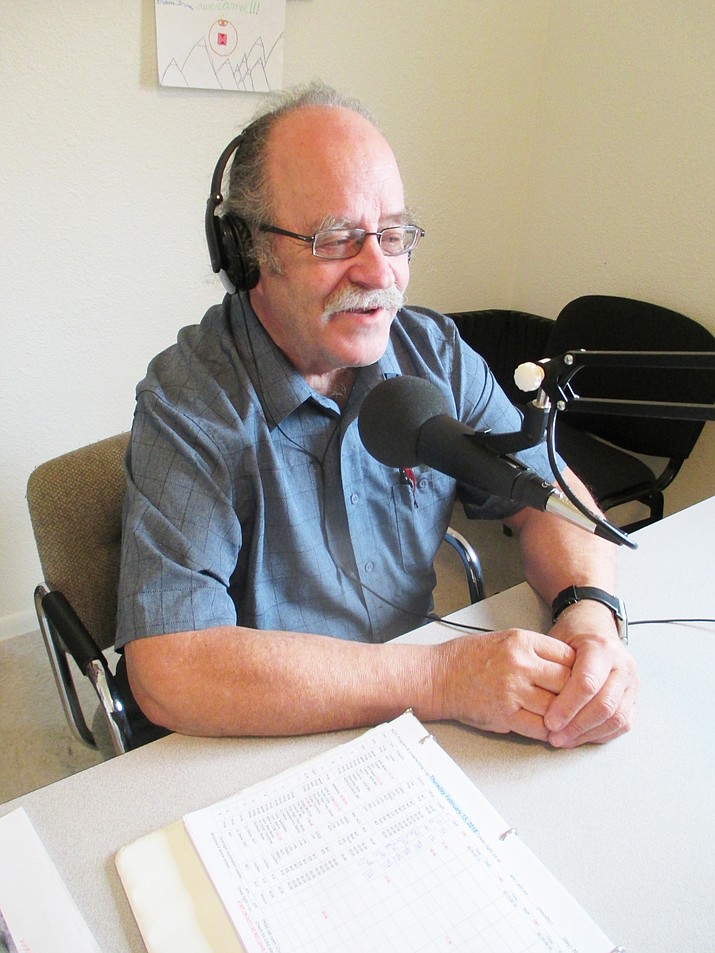 Preston Clocksin, a climate coach at Hopi Jr/Sr High, said a serenity garden could provide students and staff with a place to meditate and relax. (Stan Bindell/NHO)

A serenity garden is a place where students or staff can go to meditate or have quiet time when they feel stressed.

Clocksin, who has worked at Hopi Jr/Sr High School as a substance abuse prevention counselor and substitute teacher, was recently given the task of serving as the school’s climate coach. His job is to improve the school’s environment.

“I know when I’m stressed out I need to get out to the trees and fresh air,” he said.

During a recent eclipse, Clocksin and his wife happened to be in Idaho and they wanted to go somewhere quiet to see it. They found a meditation park and Clocksin thought this would be perfect for people who need serenity.

“This is a place where you (can) find peace with the world and yourself,” he said.

Clocksin said tons of research shows mindfulness is needed in order to give the mind time to restructure after something stressful occurs. He said this cuts down on heart attacks.

Clocksin said a serenity garden should include elements of water, plants, art, flowers and trees.

“This would be a Hopi place of quiet with Hopi vegetation and plants,” he said.

Clocksin said he wants to get a group of students together to decide what they want in the serenity garden and then it can evolve with the students each year.

“I want volunteers and hopefully it will be mostly upperclassmen,” he said.

Clocksin said the response from everybody he has talked to has been great.

He said there would be no texting or talking in the serenity garden.

“Just the sounds of water and nature blowing in the wind. It’s important to make it Hopi, to have the students create it and own it,” he said. “It can be totally different from year to year.”

“It’s close to the center of the school,” he said.

Clocksin said the students can ask staff to join them in creating the serenity garden. Sometimes staff may need to go there too.