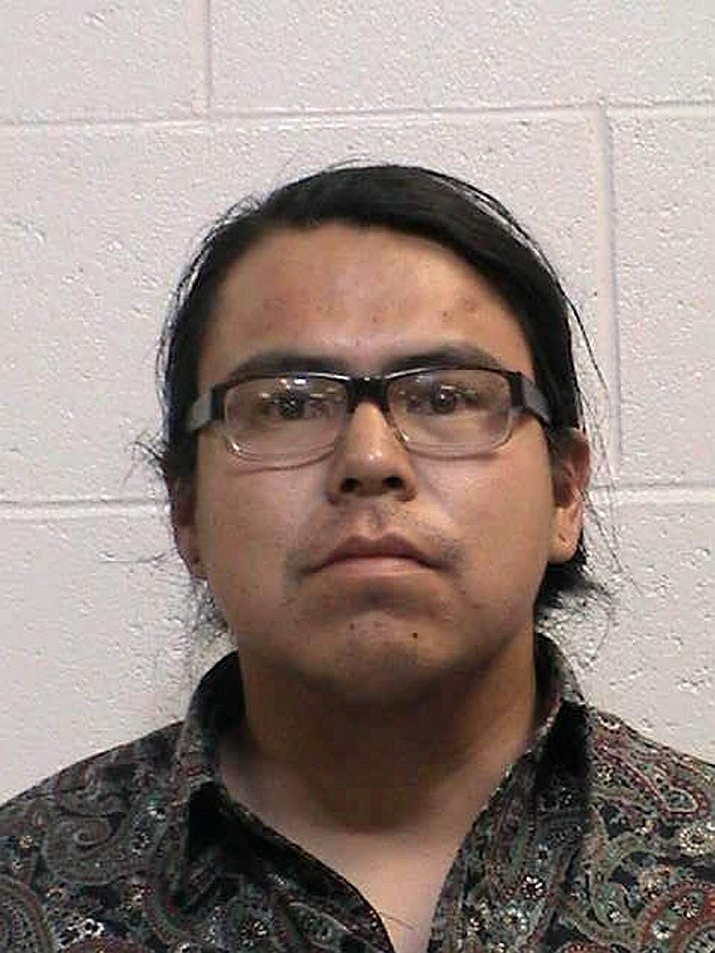 DURANGO, CO. — A filmmaker accused of sexual assault was released on a personal recognizance bond March 5 during an advisement hearing in District Court.

Kody Dayish, a 29-year-old from Shiprock, New Mexico, was arrested Saturday for an incident that occurred on the night of March 2 while he was in Durango for the Durango Film Festival.

An acclaimed Navajo filmmaker who focuses on Navajo culture and issues, Dayish has won multiple awards for his work. He was in town to show his 15-minute film, “Spared,” a story of two Navajo families struggling with violence.

Dayish was arrested around 6 p.m. March 3 on charges of sexual assault after police investigated an incident that took place on the night of March 2 at the Best Western Rio Grande hotel, 400 East Second Ave.

Dayish’s bail was originally set at $250,000. La Plata County Judge Dondi Osborne decided to reduce the terms of the bail, releasing Dayish on a personal recognizance bond, meaning he was released without posting any money.

If Dayish violates terms of his release or fails to report to court as scheduled, he will be taken into custody and could be forced to pay a $25,000 bail.

On March 5, prosecutors asked Judge Osborne to uphold that bail amount “given the severity” of the charges, as well as the fact Dayish had a previous domestic violence/battery charge in 2013 in New Mexico.

Prosecutors also argued the fact that Dayish has no ties to Colorado and alcohol was involved in the incident. They also asked the judge to impose a protection order that would prohibit Dayish from contacting the alleged victim.

The alleged victim, a 24-year-old woman, was listening to the court hearing through a teleconference. She asked that bail remain at $250,000 to ensure her safety.

Dayish’s public defender, Justin Bogan, argued that Dayish poses no flight risk, saying his family has long ties to the area and lives in the Four Corners, specifically Shiprock. Several of Dayish’s family members were present Monday in court.

“They have assured me they will make sure he comes to court and meets all of his obligations,” Bogan said.

Bogan said Dayish has no documented problems with alcohol or mental health issues, has never been in prison and was able to settle his previous domestic violence/battery charge through a completed diversion program.

Judge Osborne also imposed a protection order for the victim, as well as a condition that Dayish cannot consume alcohol and will be regularly drug tested during the adjudication process.

Dayish is scheduled to appear at 10 a.m. March 16 in court, where it is expected that he will face formal charges by prosecutors.

The Durango Herald obtained an arrest affidavit Monday that shows the victim called police around 12:30 a.m. Saturday and reported that the alleged sexual assault happened about two hours earlier.

When police officers arrived, the victim was “crying and appeared to be emotionally distraught.”

She told officers she had met Dayish through Facebook. About two weeks ago, Dayish asked her to model for a photo shoot of a new clothing line he was designing. She agreed.

Dayish also asked her to join him at the Durango Film Festival. The victim agreed to accompany him with the understanding “that they were going to come for the festival and then leave in the same day,” according to the report.

When she arrived in Durango, the victim modeled for a photo shoot with Dayish at the hotel. Afterward, the two went out for a couple of drinks. The woman told police they returned to the hotel room where Dayish continued to drink.

Dayish offered to let the woman stay the night in his hotel room, and she agreed, she told police. The woman lay on one of the two beds in the hotel room, assuming Dayish would sleep on the other bed.

Instead, the woman told police Dayish went to her bed and began undressing and touching her inappropriately. The woman told detectives she “was scared when Dayish laid next to me” and she “was not expecting it to happen.”

The woman told Dayish she did not want to engage in any type of sexual activity, but he continued to undress and touch her inappropriately. He started to take off her clothes and climbed on top of her, according to the affidavit.

The woman told police that Dayish wanted to have sex, and in her fear, she suggested they do something else sexually. After some time, Dayish then pushed again to have intercourse, which she declined.

The woman said she was seeing someone else and asked Dayish to leave.

Dayish then told the woman he would never have invited her had he known she was not interested in sex and that she was seeing someone else. The report also said Dayish hid the victim’s phone so she could not call for help.

Once the victim found her phone, Dayish left the room around midnight. The victim contacted police and was taken to Mercy Regional Medical Center for a sexual assault examination.

On March 3, Dayish found out through social media postings that the victim had reported the incident and police were looking for him. He then contacted the Durango Police Department and reported to the station around 5 p.m.

According to police records, Dayish “provided a very similar story.” He told police he thought the two were “having a moment,” both wanting to have sex, until the victim said “wait, wait, wait out of nowhere” and suggested a different act. Afterward, Dayish said he thought the victim wanted to have intercourse. It was at this point, Dayish told investigators, that the woman told him to stop and that she was seeing someone else.

Dayish also told police he would not have invited the woman had he known she was seeing someone else.

Dayish told police he took the victim into the bathroom to “talk about what happened.” He said he hid the victim’s phone because he was afraid she would call someone to “jump” him.

The victim told investigators that Dayish had closed the door to the bathroom and would not allow her to leave. Dayish disputed this claim in his interview with police, saying the door was left open.

Dayish was also arrested on suspicion of false imprisonment in addition to a felony sexual assault charge, according to police records.

“Dayish appeared to believe that what he did was not right because he was so worried about the police arriving,” the arrest affidavit said. “Based on the statements made by both subjects, the interaction did not appear to be consensual.”

A link to the original story at the Durango Herald is available here: https://durangoherald.com/articles/211960-filmmaker-kody-dayish-who-is-suspected-of-sexual-assault-in-durango-out-on-personal-recognizance-bond