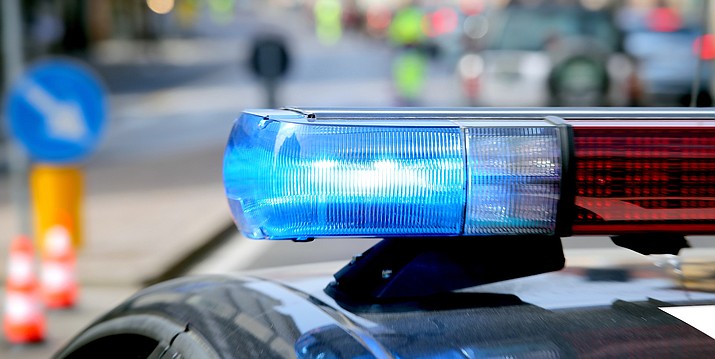 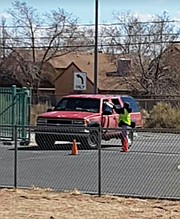 In the past week, Navajo Technical School was threatened via Facebook, which resulted in a lockdown. Ganado Unified School District was also sent into lockdown because of a threat. Chinle High School had to take measure to protect its students and staff members.

Tuba City Unified School District also responded to two threat incidents this week. On Feb. 26, Navajo Nation police officers were called by TCUSD regarding a threat to the school. According to Chief of Police Phillip Francisco, law enforcement officers responded to the school in the evening and investigated the area around Tuba City Junior High School. The Navajo Nation Department of Criminal Investigation assisted in the investigation.

Because of the incident, all TCUSD schools, including two outlying schools in Cameron and Gap, were closed all day Feb. 27. Two juveniles were identified in connection with the threats and are now in custody, according to Francisco.

A second threat in Tuba City occurred Feb. 28 at the high school which resulted in another lockdown. The individual was arrested and taken into custody.

“It’s concerning that our own children are making these types of threats within our own school systems,” Navajo Nation President Russell Begaye said. “If a parent, sibling or student hears that anyone is making such a threat, please immediately report this to law enforcement or a school official.”

He also called on local leaders to reach out to their communities to provide support for school children and those affected by school violence.

“TCUSD # 15 does not take these types of threats lightly and will exercise full authority to ensure the safety of our students and staff,” Navaho said.

TCUSD and Tuba City Chapter are hosting a community meeting March 6 at 6 p.m. at the Warrior Pavilion to discuss the incidents and the safety of the students. All students, parents and community members are encouraged to attend.

Representatives from all local schools, health professions and law enforcement will be present and the discussion will include communication, threats, response, consequences and debriefing.

Begaye warned students of the serious nature of these threats.

“We don’t see these as idle threats,” he said. “Initiating these types of threats will destroy a young person’s future. These charges get very serious. Within the Navajo Nation, we will prosecute these crimes to the fullest extent possible.”

Navaho said all TCUSD campuses will operate on Emergency Alert Response until further notice which means: 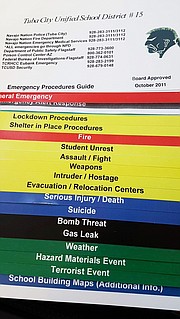 The TCUSD school(s) have had a formal safety and emergency response code booklet in place since 2011 which addresses many emergency situations including bio-hazards, assault, weapons, hostages, intruders, suicide, gas leaks and terrorist threats.

The booklet is posted in all TCUSD schools and was developed by former TCUSD safety officer Reggie Curry.

Curry, a member of the Hopi Tribe, spent over a year researching and compiling safety and proactive measures for TCUSD while working in the Facilities Department.

Across the United States, heightened rates of school shooting incidents have taken place. On Feb. 14, a school shooting claimed the lives 17 students and faculty at a high school in Parkland, Florida. On Feb. 27, a 13-year-old girl was arrested in Kirtland, New Mexico, for allegedly claiming there would be a shooting at Kirtland Middle School. There have been several other threats in Arizona recently including Bradshaw Mountain and Chino Valley.

The Office of the President and Vice President encouraged parents to talk about the serious nature of these incidents with their children and to lend support to their students’ concerns.

“Our schools have counselors who are available to talk with our students and work out any issues they might be facing,” Begaye said. “There is no shame in reaching out for help and we need to encourage this in our youth. Our children shouldn’t be frightened to go to school, and neither should our educators. It’s imperative that we reinforce our schools as safe zones by investigating any threats being made against our school systems and children.”