Editorial: What to expect from the Navajo Hopi Observer this election season 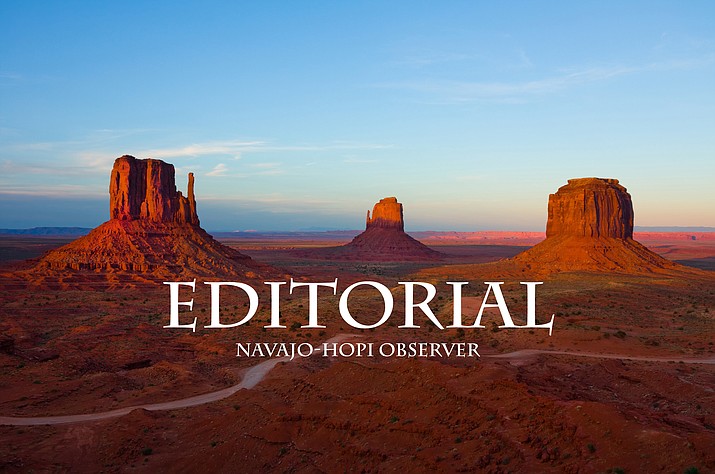 Every four years we have elections. They’re as predictable as clockwork. Whether they’re national, regional or local elections, it’s every person’s responsibility to be informed about the individuals running for office — in order to help our readers make an educated vote this November, we have outlined a few things that our readers can expect from the Observer this election season.

The Navajo-Hopi Observer will provide candidate bios, Q & A articles on the issues they will face and coverage of local forums and town halls.

The Navajo-Hopi Observer will not endorse any one candidate. There is ad space available for any candidate wishing to advertise their campaign and we encourage each of them to pursue this avenue.

In accordance with an established tradition of fair play, the Observer has also shifted into campaign mode on the Opinions page. For example:

• During election season, which runs into November, the Observer will not publish letters targeting or lauding any particular candidate. We also will not allow candidates that soap-box advantage.

• Once early voting is underway, we will discontinue printing any additional letters.

Throughout the campaign(s), we will do our best to allow readers to share opinions about the issues and ballot measures, and to keep a fair balance of voices on this page.

When we occasionally reject a letter, it’s usually because it is too long, contains an inappropriate personal attack, blatantly false statements or those that cannot be proven true.

While we allow publicly elected officials to be criticized for actions taken, we reject letters that contain irrelevant attacks, including remarks about a personality trait, physical appearance or comments about their family members.

We also work to maintain a fair balance of views, so letters that repeat the same arguments contained in other letters — and don’t offer anything new to the debate — may not run or will be placed on a lower priority list, so that we can provide equal representation from other sides.

Again, some things you can look forward to are candidate bios, Q &A articles on issues the candidates will face, and coverage of local forums and town halls.

We look forward to covering these events for our readers and encourage each and every individual to make their voice heard and vote this November.

Hopi election for chairman, vice chairman Nov. 9
Unscrupulous, atrocious actions against one another is not the Hopi/Tewa way
An important message to our loyal readers
Navajo Technical University hosts first forum for Navajo Nation presidential race
Opinion: We are more anonymous today than ever before