Lori Piestewa, 11 others to be inducted into first Native American Hall of Fame 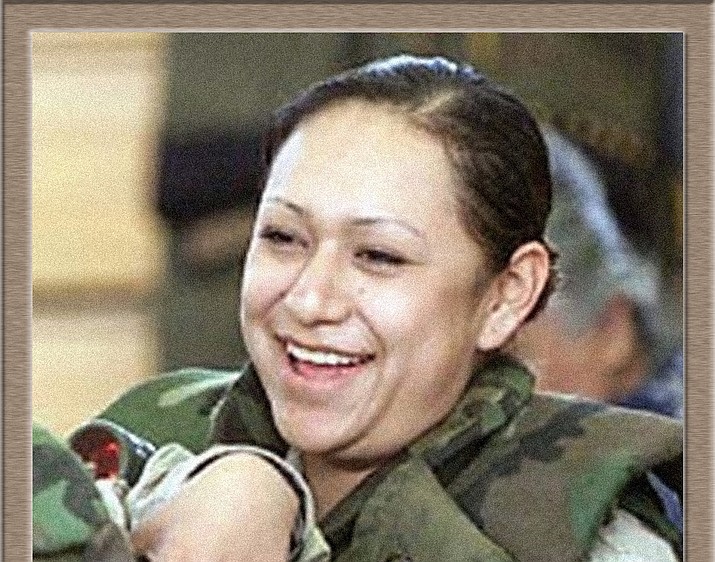 Many of the inductees, such as Olympic star Jim Thorpe, astronaut John Herrington and Maria Tallchief, the first Native American to be a prima ballerina, are well known and have been lauded with awards and honors.

But something was still missing, said James Parker Shield, a member of the Chippewa Tribe and chief executive of the Native American Hall of Fame, who dreamed of the hall for a decade.

There’s a National Women’s Hall of Fame and others honoring various groups, he said.

“But there’s no hall of fame for Native Americans, and I think that there should be,” Shield said.

“Like all halls of fame, it calls attention to certain kinds of extraordinary people who provide role models and opportunities to think about the world in which those folks lived and acted,” he said. “It starts conversations, it establishes aspiration.”

Shield said he pushed to make the hall as inclusive as possible. That started with a voting process in May encouraging Native Americans to weigh in on who, among 30 people nominated by the hall’s board, should make the finals.

“We didn’t want an overrepresentation of any one particular tribe,” said Shield, who wanted to avoid a “popularity contest.”

He and board members chose the inaugural group based on leadership, legacy, mentorship and sacrifice. The honorees represent 10 tribes in eight categories, such as science, athletics and advocacy. Six are women. 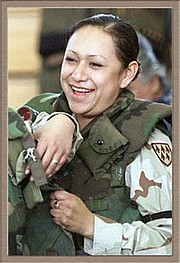 Piestewa will be the only hall of famer recognized for her military service. The 23-year-old Marine fought in the Iraq War and was captured in the early days of the conflict. Piestewa was gravely injured and died in a hospital before American troops could rescue her.

Piestewa Peak and the Piestewa Freeway were renamed in her honor. Shield said family members from Tuba City, Piestewa’s hometown, are expected to attend the Oct. 13 ceremony at Indian Steele Park.

Ryneldi Becenti, who was born and raised in Fort Defiance, was nominated for the Hall of Fame as the first Native American woman to play in the WNBA. She played as a free agent for the Phoenix Mercury from 1997-98.

Becenti, who said humility is a characteristic of the Native American people, said her mentors and teammates deserved credit. The award, she said, brings honor to inductees’ tribal nations.

Among the other future inductees is Lionel Bordeaux, a member of the Sioux tribe. Bordeaux is one of the longest-serving university presidents in America, serving more than four decades as head of Sinte Gleska University in South Dakota.

The Hall of Fame inductees include:

Elouise Cobell, from Montana and of the Blackfeet tribe.

Cobell acted as the lead plaintiff in a class action lawsuit against the U.S. government for its mismanagement of Native American trust funds.

Vine Deloria Jr. from South Dakota and a memeber of the Sioux Nation.

Deloria wrote “Custer Died for Your Sins: An Indian Manifesto,” credited as the first popular-culture novel to bring Native American oppression to the American public.

Ladonna Harris from Oklahoma and a member of the Comanche tribe.

Harris is the president of Americans for Indian Opportunity, a nonprofit focused on furthering the rights of indigenous people.

John Herrington, from Oklahoma and a member of the Chickasaw tribe.

Herrington is the first Native American man to get to space, as an astronaut for NASA.

Allan Houser also from Oklahoma and a member of the Apache tribe.

Houser is considered one of the greatest Modernist sculptors of the 20th century.

Wilma Mankiller from Oklahoma and a member of the Cherokee Nation.

Mankiller was the first woman to serve as chief of the Cherokee Nation.

Billy Mills from South Dakota and a member of the Sioux tribe.

In 1964, Mills won an Olympic gold medal in the 10,000 meter run. He was the first person from the Western Hemisphere to do so.

N. Scott Momaday of Oklahoma and a member of the Kiowa tribe.

Momaday won a Pulitzer award for his book, “House Made of Dawn.” This book is considered the beginning of the Native American Renaissance.

Lori Piestewa from Arizona and a member of the Hopi tribe.

Maria Tallchief from Oklahoma and a member of the Osage tribe.

Tallchief was the first Native American to attain the title “prima ballerina.”

Jim Thorope from Oklahomawas a member of the Sac and Fox Nation.