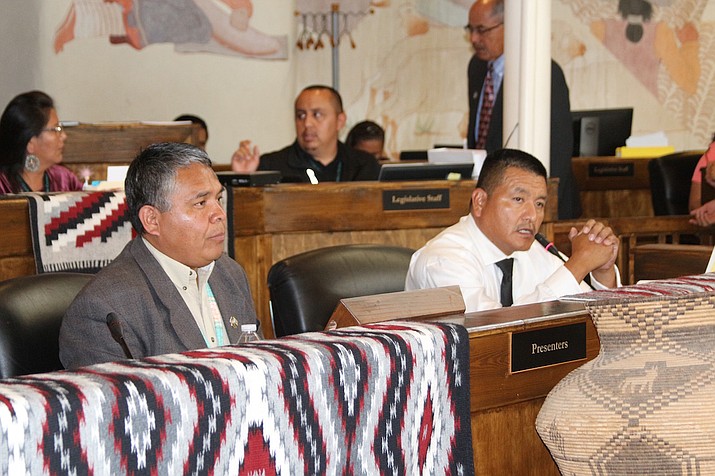 Legislation sponsor Council Delegate Kee Allen Begay, Jr. (Low Mountain, Many Farms, Nazlini, Tachee/Blue Gap, Tselani/Cottonwood) said the housing program would be tasked with administering policies and procedures, which would be recommended by the Navajo Nation Veterans Advisory Council and require the approval of the Council’s Health, Education, and Human Services Committee.

“The primary purpose of the program will be to prioritize housing needs for Navajo veterans so that we can house more and more veterans as this program develops,” said Delegate Begay. “The program would help to streamline the process of building homes, ensure quality homes are built, and to work with states and directly with the U.S. Veterans Administration to seek additional housing benefits for Navajo veterans.”

In response, Delegate Begay said the legislation was the first step in the process and that there would be separate legislation to consider a plan of operation for the housing program and to consider funding options.

The veteran’s administration, under the Office of the President and Vice President, had issues that were outlined in an audit report produced by the Office of the Auditor General in 2017. The report contained eight audit findings including the lack of financial and expenditure documentation, lack of quality homes built, veteran eligibility issues, and veterans’ dissatisfaction upon receiving their completed homes.

In December 2017, the Fort Defiance Veterans Agency Organizationrequested the assistance of Speaker LoRenzo Bates (Nenahnezad, Newcomb, San Juan, Tiis Tsoh Sikaad, Tse’Daa’Kaan, Upper Fruitland) to facilitate meetings between the foundation and Navajo Nation officials. Speaker Bates coordinated a meeting, which eventually led to the formation of the partnership and the recent signing of a contract to provide 10 new homes for Navajo veterans.

Delegate Begay said he intends for the program to build off the success of the partnership of the Nation and the Southwest Indian Foundation.

At the conclusion of the July 17 discussion, the Navajo Nation Council voted 19-1 to approve Legislation No. 0021-18. The President will have 10 calendar days to consider the bill.