U.S. delays decision on drilling near Great Sand Dunes park to consult with the Navajo Nation 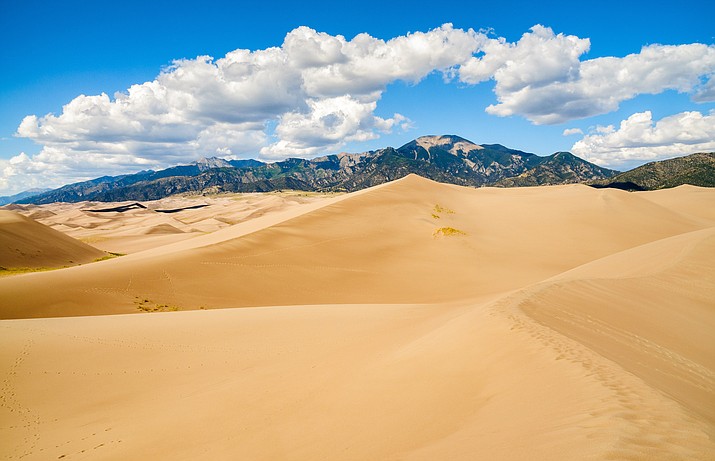 DENVER (AP) — The U.S. government on Tuesday delayed a decision on a contentious proposal to allow oil and gas drilling near Great Sand Dunes National Park in southern Colorado, saying it first wants to consult with the Navajo Nation, which owns land in the area.

The Bureau of Land Management had planned to sell drilling rights on 29 square miles (74 square kilometers) of public land east of the park at a Sept. 6 auction, but Navajo officials requested a formal consultation, and the agency agreed.

The bureau said the land could still be offered at a future auction.

A spokesman for the Navajo Nation didn’t immediately respond to emails seeking comment.

The Navajo reservation — in Arizona, New Mexico and Utah — doesn’t include Colorado. But tribal President Russell Begaye told The Denver Post the Navajos consider the area near Great Sand Dunes park to be part of their ancestral lands and bought 26 square miles there last year.

“This land is sacred and the Navajo Nation will always protect the beauty and sacredness of the land,” he told the newspaper in May.

Land in Huerfano County could become available for drilling in the future. The Great Sand Dunes National Park and Preserve (at left, in grey-purple) is east of those parcels. (Royal Gorge Field Office/Bureau of Land Management)

Environmental groups opposed the sale of drilling leases, saying the land is too close to the park, a wilderness area and wildlife habitat. Some warned drilling waste or spills could threaten water quality.

“It doesn’t make a lot of sense they would choose this location,” said Kimberley Pope, an organizer for the Sierra Club in Colorado.

Great Sand Dunes park officials were concerned about the effects drilling could have on air quality, noise and dark skies, according to Fred Bunch, the park’s chief of resource management, who submitted written comments to the Bureau of Land Management about the potential sale.

The bureau oversees the sale of minerals under most federal land.

The Colorado land under consideration for drilling is about 200 miles (320 kilometers) south of Denver and reaches to within a mile (1.6 kilometers) of the park’s eastern boundary. The sand dunes are about 4½ miles (7 kilometers) west, but mountains stand between the potential drilling sites and the dunes.

The park says its dunes are the tallest in North America, some more than 700 feet (213 meters) high. The dunes cover 30 square miles (78 square kilometers).

The move comes amid a push by the Trump administration to rein in environmental regulations and quicken the pace of mineral sales on public land.

The Western Energy Alliance, which represents the oil and gas industry, said the Bureau of Land Management should complete the consultation with the Navajos quickly and put the rights up for auction soon.

Kathleen Sgamma, president of the alliance, said the land isn’t near the Navajo Nation, and drilling would be done in a way that protects culturally important features.

“Of course, the leases are on the other side of a mountain range, so they would not impact the Great Sand Dunes National Park either,” she said.

Colorado Gov. John Hickenlooper had asked federal officials to listen to the Navajos’ concerns and was pleased that they did, spokeswoman Jacque Montgomery said.