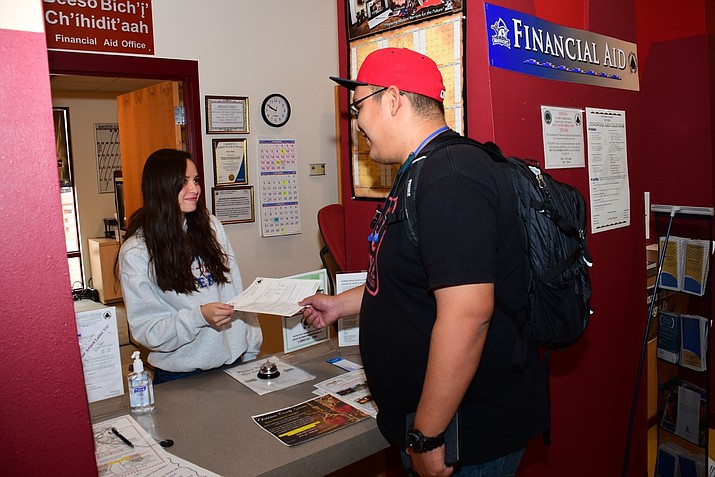 TSAILE, Ariz. — Diné College reported it’s highest summer enrollment in eight years at each of its campuses for 2018, according to information from the Diné College Registrar’s Office.

‘The last time we had over 500 students for the summer was in 2010 when we had 716 students,” said Priscilla Leonard, director of enrollment management. “This is a 12 percent increase from last summer.”

On June 18, the Registrar’s Office reported that 583 students were enrolled after the 21-day count.

At the Tsaile campus, for example, there are 430 students who have officially enrolled, which is also an increase of students from summer 2017, records show.

The College attributes the enrollment increase to a number of factors: strategic recruitment and marketing and the hiring of a temporary recruiter, Marie Etsitty-Nez, director of external affairs at Diné College, said.

“In February of this year, we also hired a marketing and communications director, who also oversees recruitment,” Etsitty-Nez said. “The new director, George Joe, was at the college back in 2010 through 2012, when the enrollment numbers were very high, too. Not only does he have the education and experience, he already knew what to do. We are happy to have him back.”

Joe said, “What really catches their (prospective students) attention is our $55 per credit hour for all of our degree programs and the fact that we offer online courses, accommodating the student even more,” he said.

The enrollment excitement is palpable around staffers at the College — the first tribally-controlled institution of higher learning in the United States. Diné College is in the midst of celebrating its 50th anniversary, which includes a gala and a golf fundraising tournament.

“One thing new that was unique this summer session was the year-round Pell Grant for students, which was announced during our Spring 2018 semester by our Financial Aid and Scholarship Office,” Esther Paul, a Diné College recruiter who works out of the Shiprock campus, said.

“This resource was something that really sparked great interest in students wanting to take summer classes. Overall, I believe our summer enrollment was due to several factors of our community learning more about Dine’ College, numerous online courses, the offering of year-round Pell Grant(s) for eligible students and our students’ determination at achieving their college degree.”