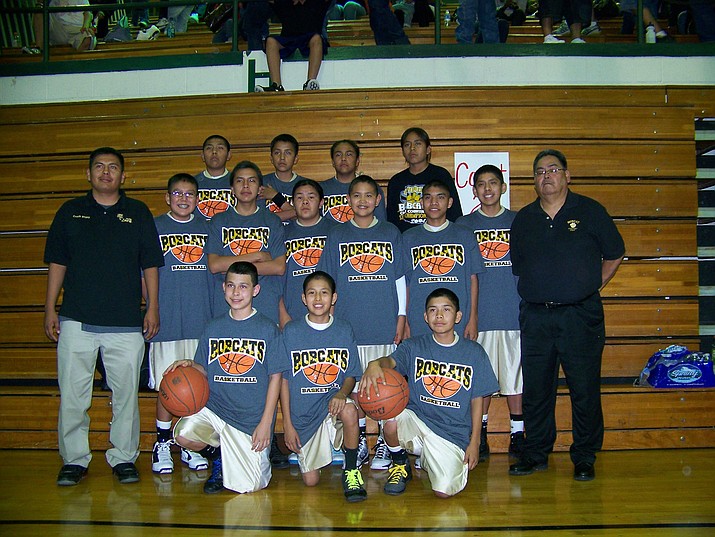 FLAGSTAFF, Ariz. — The Arizona Middle School Athletics Association (AMSAA) is hoping to provide middle school students in Arizona the challenge and excitement of participating in middle school athletic tournaments that will also unite programs across the state and on reservations.

The AMSAA will be running a basketball clinic in Tuba City July 16-19 for boys and girls ages 12 through 18 (middle school and high school). The clinic will run from 8 to noon for girls and 1-5 p.m. for boys for four days.

“Because of the size of the gym at Tuba City, we can handle all the way up to even 300 campers because of all the goals they have in the basketball gym,” said Eric Armstrong, president of the AMSAA. “It’s wide open. It’s available to all the kids.”

“The three of those guys are a great all-star cast that are coming up,” Armstrong said. “All three of these, especially Dave Jones, love getting out and working with the kids. All three of them are constantly trying to look for opportunities to give back to the kids and areas that they’ve coached and played in and the mission and vision of the AMSAA.

The AMSAA is a non-profit company/organization that has partnered with the Arizona Department of Education to run and operate middle school athletics for the entire state of Arizona.

“Each district would still be running their own district programs, but we take it to the next two steps, which would be a regional tournament for certain areas of the state and then bring all those region together for a state tournament.”

During the next school year, the AMSAA hopes to be doing girls and boys basketball, and then the goal is to work that into all the other sports as well. Next year, the association is scheduled for sixth, seventh and eighth grade golf, boys and girls basketball, softball for girls and baseball for boys.

Armstrong said the uniqueness of what the AMSAA is doing provides no competition.

“There’s nobody like us on the middle school level,” he said. “The challenges we have is really getting all the schools on the same athletic schedule so we can perform that state and regional tournaments at the same time.”

Some schools throughout Arizona play basketball early in the fall, but they should be playing in the winter and spring so the state tournament can take place.

“It’s not too much of a negative, it’s just a challenge over the next few years to get all the schools on that same schedule so that we can have the state tournaments without the kids being off for a month or two from playing basketball in their district,” Armstrong said.

The AMSAA is committed to coming to the reservations for camps and clinics, not only in basketball, but baseball and softball, too.

Armstrong said Chinle and Ganado wanted to be involved this year but logistically, things did not work out.

“It will be available to kids who may not have that opportunity,” Armstrong said. “We’ll look for every opportunity to bring something special to those areas as often as we can.”

The fees that people pay to attend the camps goes back into that communities athletics program.

“When we do a camp like in Tuba City, we’re paying for their gym, but, because we’re a non-profit, we’ll be looking for opportunities in that area to see where we can do equipment or uniforms. If they are having a hard time getting referees to even do their district games, we may pay to have referees come as part of our giving back to that area. We’re constantly going to be looking for those opportunities to give back through athletics and PE programs, as well.”

More information about AMSAA and signing up for the Tuba City clinic is available at https://www.amsaa.org/.