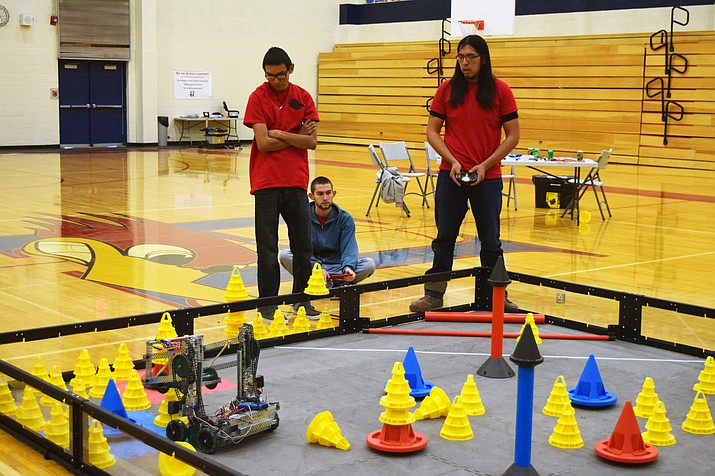 VEX Competitions bring STEM (science, technology, engineering, and math) skills to life by tasking teams of students with designing and building a robot to play against other teams in a game-based engineering challenge. Classroom STEM concepts are put to the test as students learn lifelong skills in teamwork, leadership, communications and more. Tournaments are held year-round at the regional, state and national levels and culminate at the VEX Robotics World Championship each April.

At the “Painted Desert In The Zone — VEX Skills Robotics Competition,” the object of the game was to attain the highest score by navigating robots through an obstacle course consisting of stacking cones on goals, scoring mobile goals in goal zones, accumulating the highest stacks and by parking their robots before a set time expired.