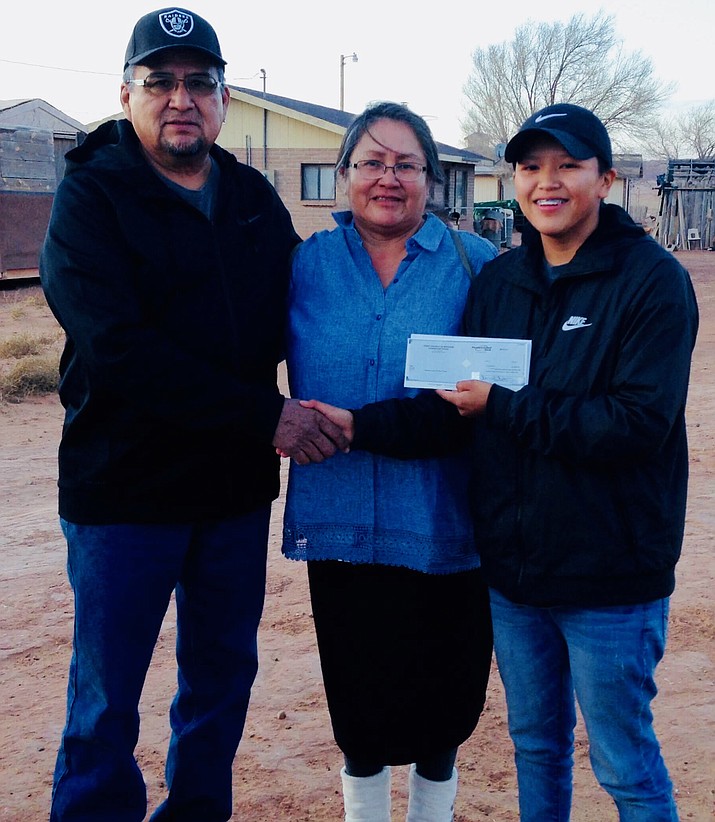 KAYENTA, Ariz. — For Darrien Clitso, a freshman at Diné College in Tsaile, Arizona, Christmas was extra significant last year as she was awarded the Lauren Swisher Memorial Scholarship for direct educational expenses on Dec. 25, 2017.

Clitso (Many Goats Clan), is a graduate of Monument Valley High School (MVHS) at Kayenta and is a photographer who interned for the Navajo Times. Darrien was selected for the scholarship out of eleven other applicants within the Kayenta Community.

The Lauren Swisher Memorial Scholarship is an annual academic scholarship awarded to a first year, first generation college student who is resident within the Kayenta Chapter. The award is sponsored by the First Church of Wenham, Wenham, Massachusets, led by Pastor Mike Duda and other church administrators.

The church has visited Kayenta twice in the past eleven years on missions resulting in the revitalization of a dam and the development of trincheras that slow watershed promoting soil saturation.

The scholarship is in memory of Lauren Swisher, a youth group member who passed away only months after the mission concluded.

The Swisher family and church has since established a memorial scholarship as a way to continue supporting the Kayenta community youth. Since the establishment of the scholarship, a total of $11,000 has been awarded and invested in recipients and their educational costs.

Dr. James Nez, Nahata Consulting, hosted the First Church of Wenham for the past two missions and contributed time and resources to local community development projects. Nez is also a member of the Kayenta Chapter and a part of the Class of 2000 at MVHS.

Kayenta Chapter President, Stanley Clitso, presented the award and encouraged Clitso to continue her education and return home someday to help her community.

“It is through partnerships that we bring resources into our communities. The First Church of Wenham is a partner that understands our community’s goals and potentials,” he said.