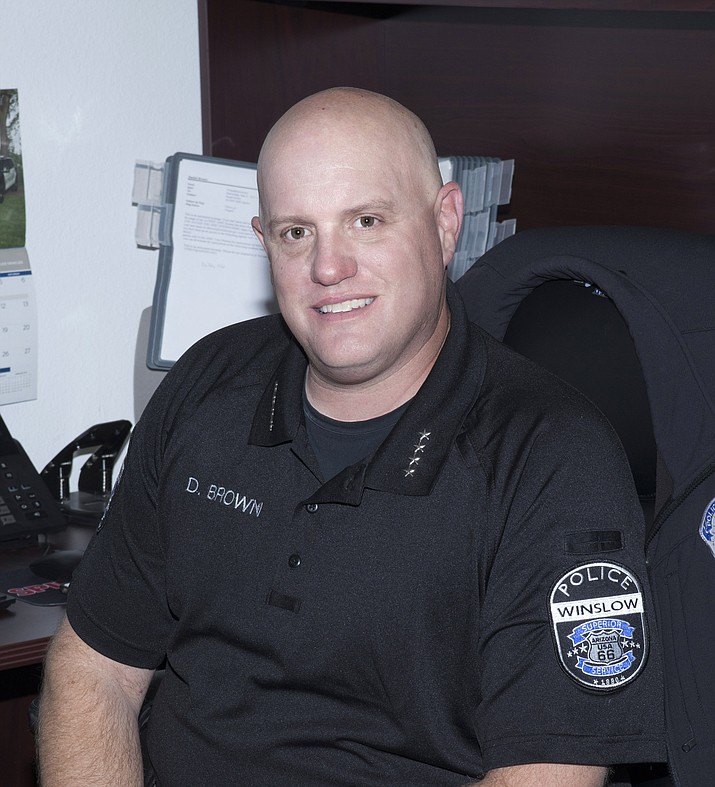 At the Christmas party, you mentioned you have filled all of the vacancies in the dispatch and patrol departments. How was that done?

Yes, all of our slots are filled, but that does not equate to everyone on the road. We have two cadets in the 20-week academy in Phoenix who will graduate in mid-March. We have two brand new sergeants and our new hires. I will introduce them at our next council meeting.

But that doesn’t mean we are staffed adequately. We know many people live here but maintain registered residential addresses on the reservations. Then there are all the people who come through Winslow from I-40. This means that we have a census population of 9,000 people, but our daily service population is closer to 20,000.

We hired two new sergeants from outside and changed one opening from a detective supervisor to a patrol lieutenant. All of our gang and other task forces are fully staffed now. When I first got here, we had five officer openings and two dispatch openings, which have all been filled. Our lieutenants and I also take calls for service to supplement our patrol officers.

The Police Department has replaced most all of the old vehicles with new ones, how were you able to do that?

When Chris Vasquez was the interim police director, he worked with the city finance director to work out a municipal lease program. At the end of the lease program, we will own the vehicles outright. Buying a used vehicle for a police vehicle is not a good idea since the repair costs are very high. The city council approved a specific amount for police vehicles and it was up to me to decide how many and what type.

We purchased a total of eight new vehicles, three Ford F150 crew cab trucks, four Ford Interceptor SUV’s and one Ford F250 truck. This replaces a number of older vehicles, which were not reliable.

One time before we had our new vehicles, I walked outside and saw an officer responding to a fight call, he had to jump-start his patrol vehicle to go on the call.

Another improvement to our new vehicles is a graphics and paint scheme. The new colors and design were created by the Winslow officers themselves, which gave them pride and ownership buy-in.

What were your first priorities when assuming your chief’s position?

My first priority was staffing. First you have to have people working the road. Getting rid of some perceived entitlements where a supervisor was desk bound, but was needed in the field as well. That changed, so we have more officers available to work in the public arena.

Department transparency is huge. We needed to make sure we were out front of any and all potential questions. When we had the killing of the 3-year-old girl by (Sonny Wyatt) Silas, we immediately had a press conference. In today’s world, with Internet and social media, we are determined to be fast and transparent with our publicity, precluding any false narratives.

What are the main ingredients in order to have a successful police department for the 21st century?

The generation that set the groundwork for police work today is retiring. That generation was highly dedicated and experienced. Today’s recruits are probably less self-sacrificing as a group. Enticing them to stay in police work for 20 or 30 years to become our future police senior experts is not assured. So, we need to be more accommodating and sensitive to our officers, in order to ensure their continued pursuit of advancement in their career path to senior levels

Today, millennials are not lining up to become police officers. The recent decade of demonization of police has done damage to the image of being a police officer. As a result, we are having a hard time developing and keeping the necessary institutional knowledge needed for the future.