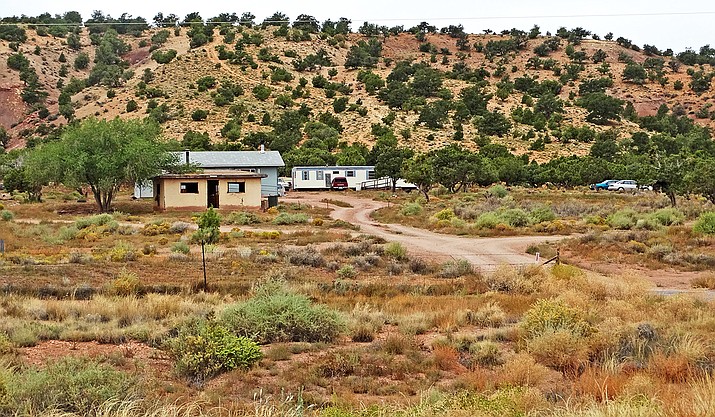 Tribal leaders say remote locations and lack of resources are just some of the systemic reasons Native Americans continue to lag other groups in economic prosperity. Photo/Don Graham, Creative Commons

WASHINGTON —Recovery from the Great Recession has been slow in much of Arizona, but in Indian Country the pace has been glacial.

A decade after the start of the recession, Native Americans posted poverty and unemployment numbers that were more than twice the overall state average, and per capita incomes that were less than half those of the rest of the state.

Those margins have barely budged since the recession started at the end of 2007, and in the case of income the gap has actually gotten wider.

Tribal officials and experts said they were not surprised by the numbers, which they attributed to a lack of resources, educational shortcomings and the historic, systemic problems with how tribes are treated by state and local governments.

“We continue to struggle with those government policies that I believe were developed to control us and also to keep us at a level where we are now today,” said Navajo Nation President Russell Begaye, of the long history of problems that tribes face.

There were 304,967 Native Americans in Arizona in 2016, a little more than 10 percent of a national population of 2.9 million, giving the state the third-largest Indian population in the nation, according to data from the Census Bureau.

But Native Americans in the state continue to suffer from high unemployment, according to the Census, with a 14.8 percent jobless rate in 2016 compared to a 6.5 percent rate for the overall state population in that year. Still, that was better than the peak unemployment of 23.8 percent in 2010 among the state’s tribes.

“There are several factors (for high unemployment), one being a low educational attainment rate,” said Manley Begay Jr., a professor in Northern Arizona University’s Applied Indigenous Studies Department. “The odds of being employed if you’re Native American sharply go up if you get a GED, high school diploma or some kind of college degree.”

He said the high unemployment rate translates into a high poverty rate among tribal members. The Native American poverty rate stood at 33.3 percent in 2016, compared to an overall state rate of 16.4 percent.

“Poverty is directly related to jobs,” Begay, the professor, said. “If you’re not able to get a job in the state of Arizona, because you’re Native American and have low educational attainment rate, it’s not going to happen.”

Begaye, the Navajo president, said tribes operate with several handicaps, including having to pay state and federal taxes in addition to paying their own taxes.

“We’re saying to the state of Arizona, we’re a sovereign nation,” Begaye said. “Your laws don’t apply on Navajo. So we don’t want you imposing taxes on our people, on our nation.”

“Without having access to water, there’s no way we can grow our economy,” said Begaye. “We can’t be like Phoenix, we can’t be like Tucson, we can’t compete with Flagstaff. We can’t do that because we have no water.”

Professor Begay said there is some hope – but it’s a long way off. At current rates of progress, he said it will take another generation for Native Americans to close the income gap with the rest of the population.

“If incomes in the U.S. and in these Indian areas grow steadily at rates they each experienced from 1990 to 2010,” he said, “by about 2054 the per capita incomes will converge.”