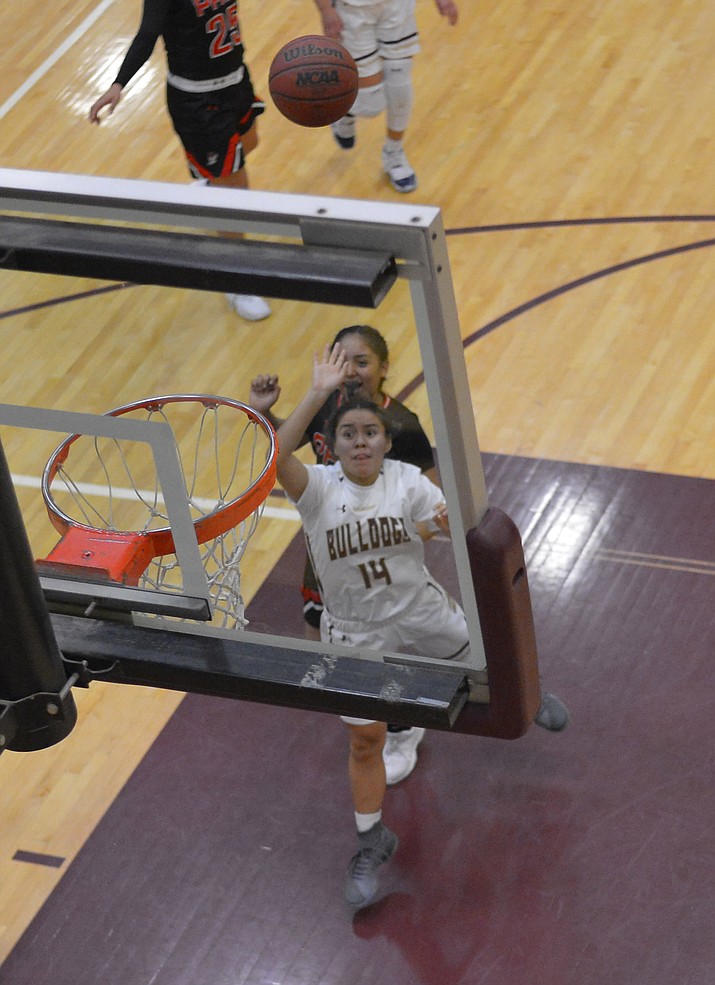 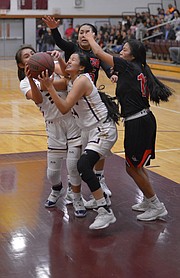 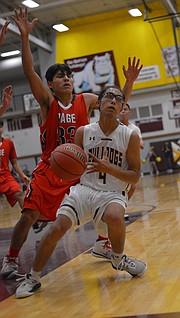 WINSLOW, Ariz. — The Winslow Lady Bulldogs defeated Snowflake, 60-51, then lost to Page, 58-42, in games before the Christmas break and the 2018 portion of this season.

The results left the Lady Bulldogs with an even 7-7 record. Both games were played at Winslow.

Winslow had a good third quarter and led 42-35 going into the final period.

Briana Little led all scorers with 19 points for the Lady Bulldogs. Justine Butterfield with 12 points and Eushawna Nodestine with 10 points were also in double figures for Winslow and Tatyana Waconda scored nine points for the victors.

Snowflake was led by Emily Ballard with 15 points and Nikita Olms was in double figures with 12 points. 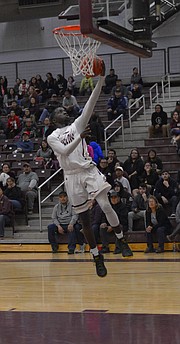 The Winslow Bulldogs lost to Snowflake 76-57 then beat Page 75-68 in games before the Christmas break. The results left the Bulldogs with an 11-4 record.

Aden Flake led all scorers with 19 points for Snowflake, just one more than teammate Garrett Wood who had 18. Dylan Kay was also in double figures for the Lobos with 13 points.

Theron Olney led all scorers with 23 points. Yoann Djassa with 19 points and Junior Villanueva with 14 were also in double figures for the Bulldogs and Daunte Brown scored nine.

Lane Dempsey led Page with 17 points. Dainian Bitsinnie and Cheyenne Richardson each with 13 points and Justin Salabiye with 10 points were in double figures for the Sand Devils.

Both Bulldogs teams will play the Blue Ridge Yellowjackets at Pinetop Jan. 5 to start the 2018 portion of their schedule. They will host the Payson Longhorns Jan. 9 and go to Holbrook to meet the Roadrunners Jan. 11.

The Show Low Cougars will come to Winslow Jan. 16 and the Bulldogs will go to Tuba City Jan. 17 to meet the Tuba City Warriors. That busy week will continue with a trip to Snowflake to meet the Lobos Jan. 19.

Trips to Page to meet the Sand Devils Jan. 25 and Payson Jan. 26 to meet the Longhorns will be followed by a home game against the Holbrook Roadrunners Jan. 30. The final game in January will be played Jan. 31 in Winslow against the Blue Ridge Yellowjackets.

In February, the Bulldogs will go to Show Low Feb. 2 to meet the Cougars. The Bulldogs will host the Monument Valley Mustangs Feb. 3 in the last game on the regular season schedule.