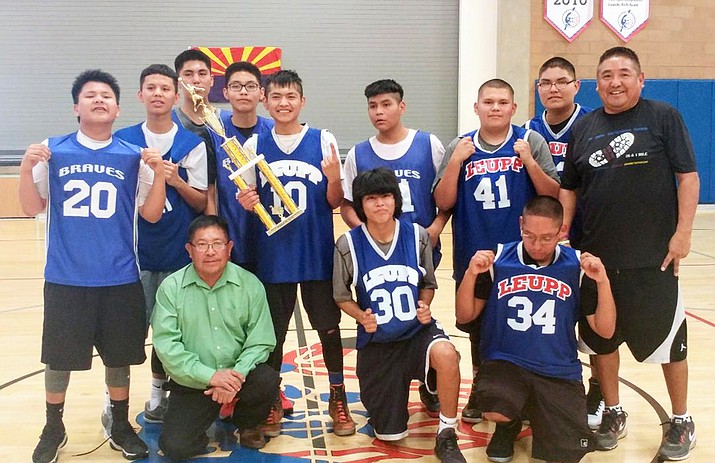 LEUPP, Ariz. — The Leupp High Schools Braves basketball team captured the Northern Arizona Athletic Association Championship Feb. 17 in Leupp, Arizona in a game against Verde Valley High School. The team played independent opponents from the Verde Valley and Navajo Nation. They also had a win over Monument Valley, 79-56, before heading into the NAAA tournament. The young men displayed high basketball talent in teamwork over the season winning on average of 15 points a game. Javon Brown led all averages in scoring and rebounding throughout the season.

“The boys really played well and picked up their defense towards the end of the season,” said Coach Francis Ambrose.

“It was a great season, the LSI team has an array of talent and VVS actually had a pretty talented team, the team had international players from China, it was a good tournament,” Gonnie said.