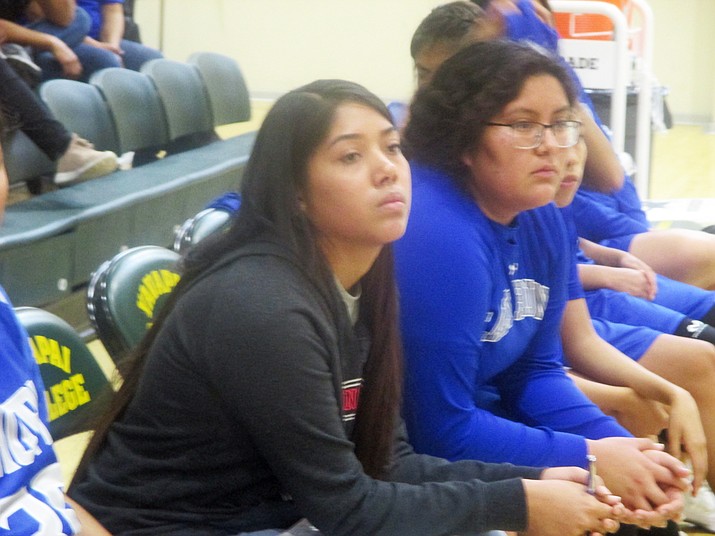 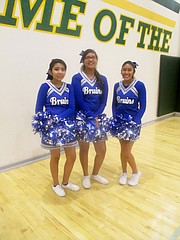 POLACCA, Ariz. — Hopi High girls basketball team had a memorable season, making it to the Sweet 16 round of the state playoffs and beating rivals Tuba City High School and Winslow High School during the regular season.

Zoe Cook, the senior leader of the Lady Bruins, said the Hopi High girls played well at state on offense and defense.

“Everyone was involved,” she said.

However, Cook said the offense did not play as well in the two state games as they played during the season.

“There was never a problem with our defense. It helped keep us in the game,” she said.

Cook said Hopi’s rebounding was okay, but could have been better.

Hopi lost to Chandler Prep in the Sweet 16 round after beating the Lady Panthers by five earlier in the season.

“I felt terrible knowing that we should have had that game,” Cook said.

“We deserved to win this game,” she said.

Cook said Jaeda Honani played well at state for the Lady Bruins. She said the highlight of the season was beating Tuba City and Winslow.

“And just enjoying every moment,” she said.

Cook said the season could have been improved by working on simple fundamentals and said Hopi High’s girls should be even better next year. Her advice to next year’s team is “play to your strengths, always hustle and work hard, play tough defense, box out and take good shots. Always talk on the court and play as a team.”

Kelly Johnson, a senior forward, said the Lady Bruins played at state and said beating Paradise Honors was exciting. She said she was proud of her teammates. She was disappointed with the loss to Chandler Prep because she wanted Hopi High to play one more game.

Johnson said freshman Onaiwa Begay played well at state. She said the Lady Bruins had a tough time getting their offense going at state, but the Hopi defense was good, particularly Kateri Lalo’s defense against Chandler Prep. She said Hopi’s rebounding could have been better.

Johnson, a journalism student, also thought beating Tuba City and Winslow were the high points of the season. She said the season could have been improved if the players had more advice from the coaches.

Lomayestewa said it felt great to beat Paradise Honors and it was exciting to go to the state tournament. She said she felt like the team was “cheated” out of the Chandler Prep game, but she said Hopi played hard.

She said Hopi’s offense wasn’t the best at the state tournament, but they kept the ball moving and said the defense was amazing.

“I think we had one of the best defensive teams in years,” she said.

“My highlight for the year was beating the 3A teams,” she said in reference to Tuba City and Winslow.

Lomayestewa said the team would have improved if they had worked harder on offense.

“Then we would have been unstoppable,” she said.

Lomayestewa said the outlook for next year is good. Her advice to her teammates is: “Work harder than others. Keep striving for that state title. Stay together. Remember one team, one dream.”

Ronitcia Martinez, a sophomore, said Hopi played at the other teams pace during the state playoff because they were too excited. She said beating Paradise Honors was great.

“It proved that we were able to play any other school from the city,” she said.

Martinez said losing to Chandler Prep was a terrible feeling because they knew they beat them earlier in the sea-son. She said Hopi played all right on offense, but were kind of rushing their plays and the shots weren’t falling. But she said Hopi played well on defense.

“We were able to stop their only ball handler which made it more difficult for them to work,” she said.

Martinez said the Hopi girls were all right at rebounding.

She said winning against Tuba City and Winslow was the highlight of the season because it had been awhile since they beat either of those teams.

Martinez said the season could have been improved if they played their hardest every game, never gave up and controlled their attitudes.

“I think next season will be great because there will only be three girls leaving from our team,” she said.

Her advice to her teammates is: Play hard, work together as a team, never give up and keep your head in the game.”