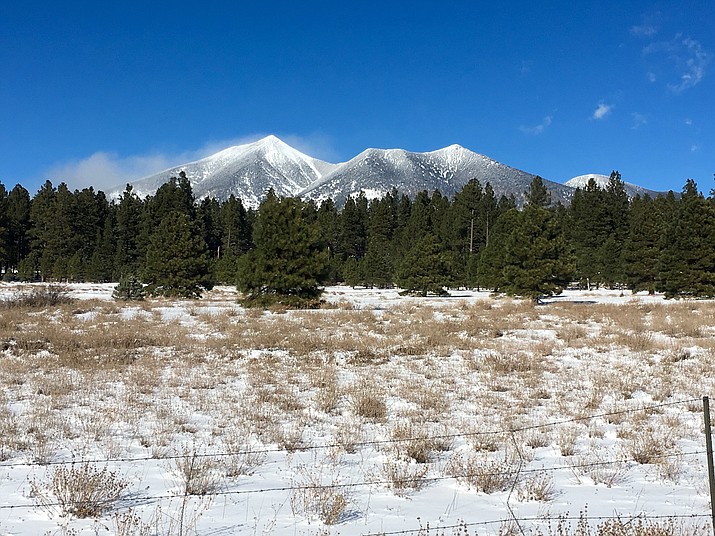 PHOENIX -- An Arizona tribe has the legal right to challenge the use of treated effluent to make snow -- even on public lands, the state Court of Appeals ruled today.

The judges said the Hopi Tribe had made sufficient allegations that tribal members were suffering a special injury from the use of the sewage at Snowbowl. Judge Kenton Jones, writing for the unanimous panel, said the tribe should be able to make their case to a judge and jury.

But Jones stressed that he and the other two judges were not expressing any opinion on whether the claim is valid.

The ruling is the latest twist in a fight that dates back decades, first in an unsuccessful bid to try to block the ski operation on public lands. When that failed, the Hopi along with other tribes went to federal court, making various environmental and religious freedom law claims to preclude Snowbowl from using treated effluent purchased from Flagstaff to make snow.

Those, too, ended up a legal dead-end in 2008 when the 9th Circuit Court of Appeals tossed the case.

What's different in this case is that the Hopi Tribe is using state laws on public nuisance to make its case. And unless today’s ruling is overturned, it will force a trial on the merits.

This lawsuit began in 2010 when Flagstaff was moving forward with the sale of its treated effluent to Snowbowl.

In legal papers filed in Coconino County Superior Court, tribal attorney argued that the use of the reclaimed wastewater to make snow harmed the environment, interfering with the ability of the public to use the San Francisco Peaks because the waster contains chemicals that will remain after treatment, including pharmaceuticals, personal care products, legal and illegal drugs, hormones, food supplements, solvents, insecticides, detergent compounds and other chemicals.

The argument is that Snowbowl will be unable to contain those to the ski area because runoff would enter the water supply and wind would carry blown snow beyond the recreation area.

Attorneys for Snowbowl and the city argued that only those who suffer a particularized injury can bring public nuisance lawsuits. Judge Mark Moran agreed, tossing the claim.

Jones, however, said challengers are, in fact, making the case that tribal members will be harmed in a way beyond that of the general public.

For example, he said, one allegations is that the artificial snow will end up in springs and water bodies the Hopi tribe used for ceremonial and utilitarian purposes.

There also is a claim that the treated effluent will affect the purity of ceremonial objects collected by tribal members during pilgrimages. Tribal attorneys said these objects cannot be used for ceremonial purposes if they become tainted or impure.'

Jones said the only thing necessary at this stage of the case is that the tribe set forth facts that, if proven, would warrant relief. He said they have met that burden.

But Jones was careful to say the burden is still on the plaintiffs to make their case.

"We express no opinion as to the merits of the tribe's underlying claims,'' he wrote.

Jessica Drum, spokeswoman for the city, said its attorney was reviewing the ruling and had no immediate comment.

A call to J.R. Murray, general manager of Snowbowl, was not immediately returned.