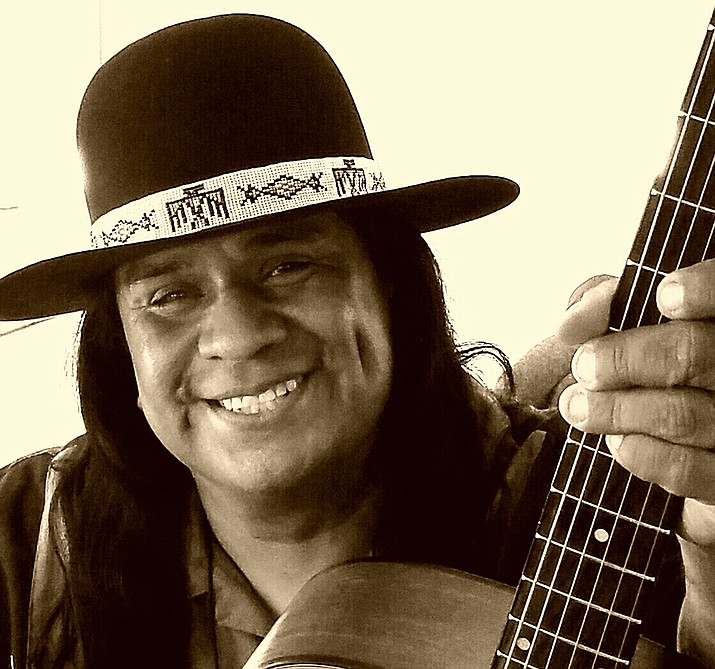 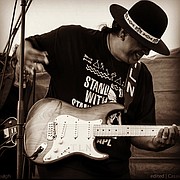 Nelson, a member of the Lajolla Tribe in San Diego, has produced this rock sounding blues CD after being known for more of the acoustic blues.

“I’ve done mostly acoustic blues, but I wanted to do something more like Robert Johnson dirty bar blues. This is what I sound like live,” he said. “This has a little more heart with some fancy guitar licks. I also took some time mixing the sounds.”

All 15 songs on the CD are originals written by Nelson. Like his other CDs, most of the songs pertain to Native American issues, although there are several songs on the CD that focus on the blues.

“I sing about Native American issues because it’s where I come from and it’s about what we have been through and what we’re going through,” he said.

Nelson said the response to “Blues Loving Man” has been good with good reviews from Blues Blast magazine. He plans to submit the CD for the Native American Music Awards.

“Some people said they didn’t know I could play the guitar like that. I’m influenced by the way BB King and Van Halen got fancy on the guitar,” he said.

Nelson is a member of the Luiseno division of the Lajolla Tribe and the Diegueno from the Mesa Grande Reservation, both in the San Diego area.

He has performed throughout the country for many years.

“I didn’t want to get too political. That’s why there are several songs just about the blues,” he said. “But I had to have something about Native Americans because that’s where I am.”

As a former chairman of his tribe, Nelson said he is well aware of dealing with the federal government and the BIA.

“I know what we’re up against so I share with outsiders who do not understand what it’s like to live on the reservation,” he said.

Nelson’s main musical influence was the Beatles. He saw how they understood chords, theory and how they put their songs together.

“I was just flabbergasted how they put their music together. George Harrison was an amazing guitar player,” he said.

After the Beatles, Nelson became interested in rock and roll and then punk rock.

“But I wanted to get a better guitar sound rather than just slamming it,” he said. “I learned that if you play the blues it better come from the heart and you have to tell the truth. The blues has been around forever.”

The first blues song he wrote came from an experience he had with a homeless man in Hollywood. The homeless man was asking for money that Nelson didn’t have, so the homeless man screamed at him that “the damn foreigner” should go back to his home. That is when Nelson wrote his first CD, “500 Years of the Blues.”

Nelson had the good fortune to meet BB King, who in turn asked to meet some of the tribal leaders. King was happy when Nelson obliged.

“I talked to him about my music and my Native blues band. King told me to keep playing the blues,” Nelson recalled.

Nelson started playing the guitar when he was 11 and joined a band when he was 12. One of his friends gave him a Les Paul guitar and he was smitten with the instrument.

Nelson likes the blues because he said Native Americans have plenty of blues to share.

“Blues is music with meaning. The blues is about hard times for Native Americans or people in general,” he said. “I also love the sound of the blues, so I just started writing and it snowballed.” 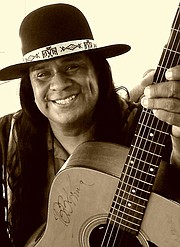 His advice for youth going into music or other professions is to focus on their dreams and not let anything stand in their way.

“Anybody can do it if they put their mind to it whether it’s music, basketball or skateboarding,” he said.

Nelson also urges youth to stay away from drugs and alcohol. He took one sip in his life, which his father gave him. He spit it out because he remembered his brothers arguing and throwing up after drinking.

“Why would I want to throw it up?” he asked.

Nelson said he enjoys performing because he likes watching people dancing and having a good time.

One of the highlights of Nelson’s career was performing with Redbone at the Superbowl in Tempe in 1996.

“It was such a high to play with those guys,” he said.

Nelson was happy when he ran into the Four Tops in the elevator because they were also performing at the Superbowl.

Nelson joined Redbone in the 1990s after famed guitarist Lolly Vegas suffered a stroke. Nelson would get to play with Redbone guitarist Tony Bellamy.

“Bellamy was an incredible guitar player. I had never played with anybody that great,” he said.

Redbone was best known for the song “Come and Get Your Love.” In 2008, Redbone was inducted into the Native American Hall of Fame.

In the early 1990s, Nelson had opened for Redbone at some pow wows, so when Vegas had his stroke in 1996 they asked Nelson to join the band. When it doesn’t conflict with his own band’s performances, Nelson plays periodically with Redbone.

Nelson credits his wife Joanna with encouraging him to keep his music going and one song on the CD “My Baby Joanna” is about her. She also sings backup on the song “Lost in Love.”

More information is available at Tracyleenelson.com

Bluesman Bobcat Jack brings the blues to Hopi High
‘Only the Brave’— Shawn Michael Perry
Local band on the road to <br>success with new CD
Singer/songwriter and Grammy nominee Aaron White explores music around the world and close at home
Blues and Brews turns up the heat for Flagstaff crowds
Contact Us
Submit Questions, Comments, or Story Ideas