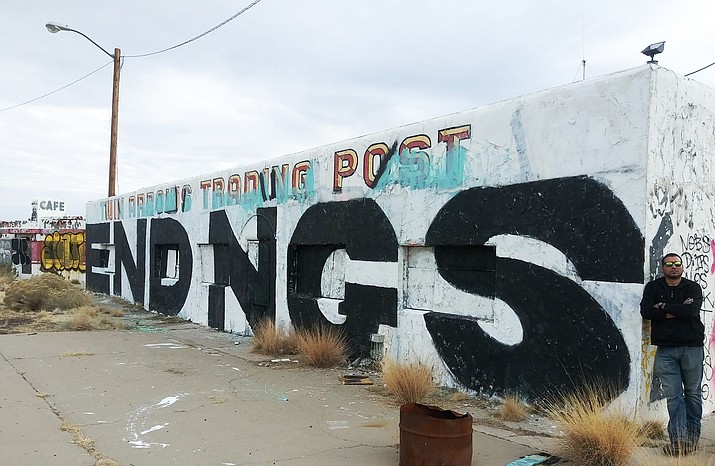 FLAGSTAFF, Ariz. — A report released by the Institute of Energy Economics and Financial Analysis (IEEFA) about Four Corners Power Plant may serve as a cautionary lesson for the Navajo Transitional Energy Co. as it decides whether to buy Navajo Generating Station.

The IEEFA conducts research and analyses on financial and economic issues related to energy and the environment and its mission is to accelerate the transition to a diverse, sustainable and profitable energy economy.

The IEEFA said the Navajo Transitional Energy Co. (NTEC) can expect to lose approximately $170 million during the years of 2020-2027 because of its investment in the Four Corners Power Plant.

The report, “A Bad Bet: Owning the Four Corners Coal Plant is a Risky Gamble for the Navajo Nation and the Plant’s Other Owners,” said this is a costly lesson for what may happen if NTEC decides to acquire Navajo Generating Station, too, which it has expressed interest in doing.

NTEC is a for-profit entity wholly owned by the Navajo Nation. It owns the Navajo Mine and owns a 7 percent stake in the Four Corners Power Plant, which it purchased last July from Arizona Public Service.

And the report said the loss does not include the approximately $100 million that it estimates NTEC paid for its 7 percent share of the plant or any operating losses it will incur from owning the plant in 2018, 2019 and after 2027.

The report cites five risk factors, including the aging of Four Corner Units 4 and 5 — the amount of energy produced by those units has declined substantially over the past decade — the continued low natural gas and energy market prices, the growing competition from lower-cost renewables and the high cost of producing power at the Four Corners plant.

For its part, the NTEC pushed back against the report, saying that “the study makes assumptions about an industry that the IEEFA doesn’t support,” said NTEC CEO Clark Moseley.

Moseley said the study does not take into consideration that three of the five units were decommissioned at the plant in 2014.

“Simple math shows that [fewer] units in operation means less output of energy, therefore the study’s claims are flawed because they fail to mention how the decommissioning of units 1, 2 and 3 affected the production of energy,” Moseley said.

The report shows the amount of power dropped 40 percent between 2009 and 2017 and said that steep drop is because of increased competition from natural gasses and renewable resources and the plant’s rising cost of producing energy.

“None of these factors are likely to abate in the foreseeable future,” the report states. “In fact, they are far more likely to get worse as additional low-cost renewable resources continue to be added to the electric grid and the cost of producing power at Four Corners continues to rise.”

NTEC said the study assumes that lower cost of energy would make coal-based energy less competitive. But Moseley said that NTEC as an owner is already seeing a strong demand for its power from the Four Corners plant.

The IEEFA report said that the cost of producing power has been steadily rising, almost doubling on a per MWh basis from 2012-2017.

“Part of this increase has been due to the plant’s decline in generation…as its fixed operating costs are spread over fewer MWhs of output,” the report said. “Moreover the O & M expenses at Four Corners … do not include the hundreds of millions of capital expenditures that Four Corners’ owners have invested in the plant in recent years.”

Moseley said the report oversimplifies costs versus profit —the plant has five owners who share costs in maintenance and operations.

“NTEC has made a dividend contribution of $3 million to the Navajo Nation this year, which is in addition to the over $40 million in royalties and taxes in 2018,” Moseley said. “NTEC projects similar performances in the coming years. We are a strong and healthy company.”

Local families and activists posted a sign this week at Twin Arrows to coincide with consideration by the Naabik’iyati Committee of legislation related to Navajo Generating Station.

The NTEC has signaled it may be interested in purchasing the generating station, which is set to close in December of 2019.

The plant’s owners decided last year to close the plant because they can buy cheaper power elsewhere and despite a “Yes to NGS” campaign, headed by local mine workers who work for Peabody Energy, the sole mine that supplies coal to NGS, there has not been a plan that counters that prevailing trend in energy production.

Remy, an art activist, said the sign is a response to consumption and greed and who pays the cost.

“It’s our Indigenous response to ending the continued genocide of our people living in sacrifice zones, under the clouds of pollution from these extractive energy companies,” Remy said. “The art illustrates the end of corporate welfare and the end of a one-way flow of benefits to the utility customers for nearly 50 years.”

The purchase of the coal plant by NTEC may negate the agreement already in place with Salt River Project to close and decommission the plant. The agreement includes hundreds of millions of dollars in revenue money and assets secured in the agreement for the Navajo people. It might also mean loss of access to transmission lines, jeopardize water rights secured and saddle the Nation with huge liabilities related to federal law requirements with polluted sites, according to a statement from the Navajo group, Tó Nizhóní Ání.

Nicole Horseherder of Tó Nizhóní Ání, said there is a reason why no one wants to buy the coal plant.

Horseherder said instead of continuing down this path, Navajo leadership should be focused instead on preparing communities for the inevitable shift away from coal that other energy markets are already in the process of.

“As part of this shift, the Navajo Council should be asking industries like Peabody, which enriched themselves for decades on our land, tough questions on what exactly they are doing to support and financially help their workers, as this transition away from coal sweeps through our communities… not on trying to keep a coal industry on life support at the expense of the Nation’s entire economic future.”

The IEEFA report is available at http://ieefa.org/ieefa-u-s-tribal-investment-in-struggling-coal-fired-four-corners-plant-will-lose-millions/.