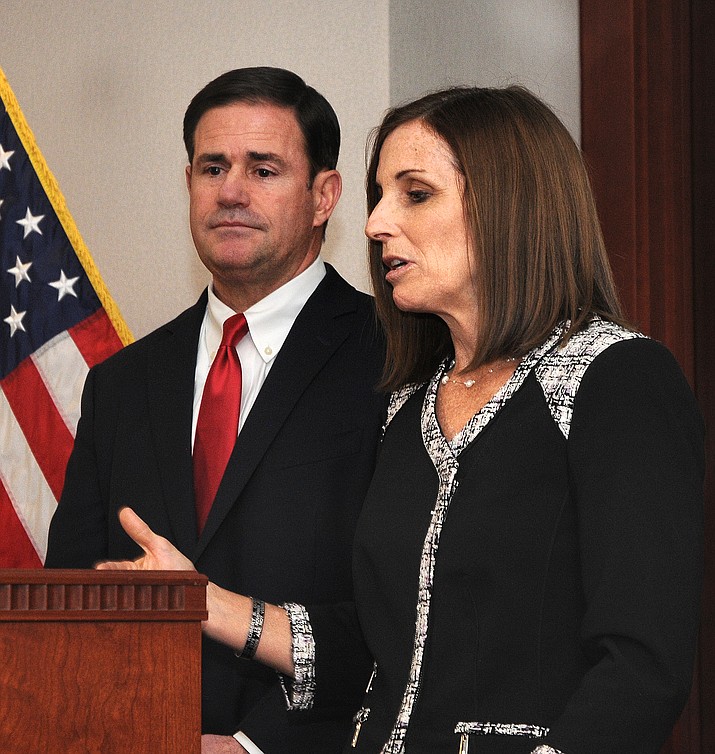 McSally, a Republican who ran for the Senate this year on a campaign that embraced President Donald Trump’s border wall agenda, lost to Democrat Kyrsten Sinema by 56,000 votes, or 2.4 percentage points. Arizona Gov. Doug Ducey on Tuesday appointed McSally to the seat previously held by John McCain, who died in August.

President Begaye urged McSally to work with Sinema to address critical issues facing the Navajo Nation. That includes keeping the Office of Navajo and Hopi Indian Relocation open until all cases are completed, continuing to rebuild the Former Bennett Freeze Area, and pursuing water settlements in the upper and lower basins of the Colorado River.

“There is a learning curve every time a new lawmaker joins Congress,” Begaye said. “We urge McSally to hit the ground running and work to represent all her constituents in Arizona — especially the Native Americans who are relying on her background in the military and the federal government to advocate on their behalf in Washington.

McSally will be an important voice in Congress when it comes to climate change and the severe drought conditions that are expected to hit Arizona in 2019. Begaye also wants McSally to vocally support the tribal energy bill, which passed through Congress on Dec. 10 and now awaits Trump’s signature.

McSally’s appointment to fill the seat McCain held for more than three decades ushers in a new era in Arizona politics as the state has never before elected a female senator. It now has two.

“This is a historic time for Arizona,” Begaye said. “Let’s make it even more historic by having two senators advocating for Native Americans.”