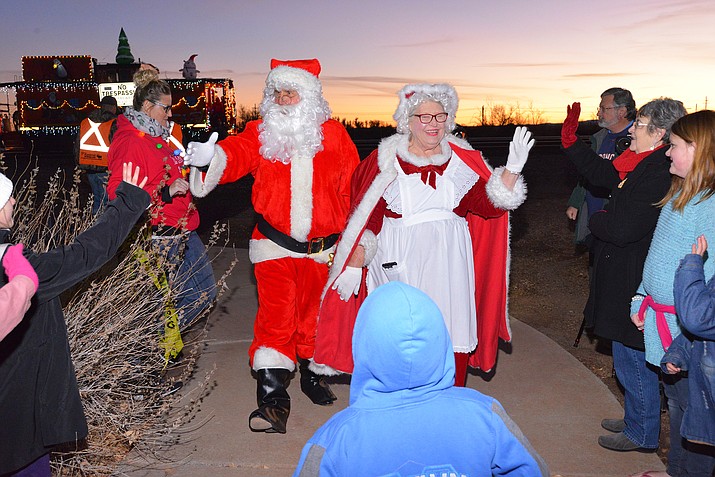 For the eleventh year, Santa and Mrs. Claus arrived in Winslow on Burlington Northern Santa Fe’s Santa Train. Brightly lit in Christmas lights and decorations, the short train stopped at Gazebo Park near Winslow City Hall Dec. 8. Santa and Mrs. Claus visited with more than 300 children and asked them what they would like for Christmas; parents were given time to photograph their children with Santa as well. Each child was given a small Teddy Bear, compliments of BNSF.