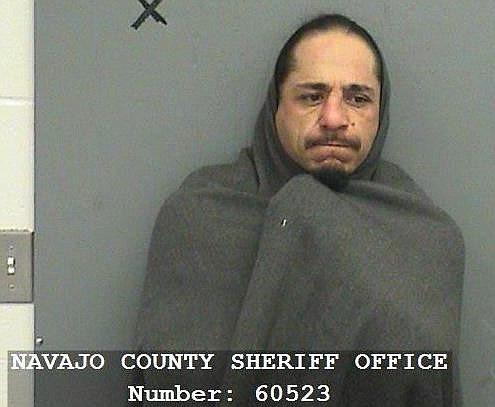 WINSLOW, Ariz. — On Dec. 3, the Winslow Police Department received calls of shots fired in the 900 block of West Second Street in Winslow.

The suspect, later identified as Matthew Garcia, shot a male victim and fled south from the scene.

Officers responded to the area and found the victim suffering from a gunshot wound to the head. Medics were dispatched to the scene, and the victim was flown to Flagstaff Medical Center in extremely critical condition. Responding officers confirmed through eyewitnesses that Garcia had barricaded himself inside a residence in the 700 block of West Mahoney, and had taken at least one adult male hostage. Several other adults, and at least two children, were in the residence at the time. Garcia allowed all occupants of the home to leave except the hostage, who was eventually released without injury.

After the release of the male hostage several hours later, forced entry was made by the Special Response Team who apprehended Garcia without further incident. Garcia was later booked into Navajo County Jail for one count of attempted homicide, one count of aggravated assault with a deadly weapon and three outstanding warrants. Additional felony charges against Garcia are pending at this time. The adult male victim remains in extremely critical condition at Flagstaff Medical Center.