Supai campground closed through February 2019
Tourism Office will accept reservations in February; no outfitters this season 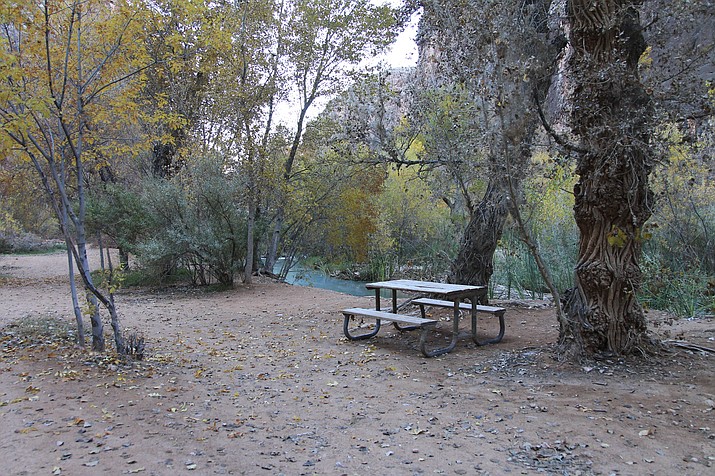 There are 300 campsites at Havasupai Campground. The tribe will begin taking reservations Feb. 1. (Loretta Yerian/WGCN)

SUPAI, Ariz. — In a departure from years past, the Havasupai Tribe will be managing all traffic to the reservation through its Office of Tourism, excluding outfitters and other tour brokers.

Abbie Fink, tribal spokesperson, said the tribe has decided not to issue outfitter licenses for the 2019 tourism season, which begins in February.

“Visitors to the area will be required to make reservations through the Tourism Office beginning in early February,” she said.

Fink added that all visitors are encouraged to pack in their own gear, but if that’s not possible, reservations can be made through the Tourism Office for a tribally-approved packer to move gear for an additional fee. AirWest Helicopters is also available to transport visitors in and out of Supai.

The move allows the tribe to keep a closer watch on how pack animals like horses and mules are treated on the heels of three convictions for animal abuse since August 2017. The tribe has taken a series of steps to ensure unapproved wranglers aren’t abusing pack horses, including partnering with the Humane Society of the United States to provide hay and supplies as well as occasional welfare checks and veterinary treatment. The tribe also hired a tribal prosecutor and judge to help ensure enforcement of animal cruelty penalties.

Tourism season at the canyon’s blue-green waterfalls is between February and November. The campground will be closed for the months of December and January.