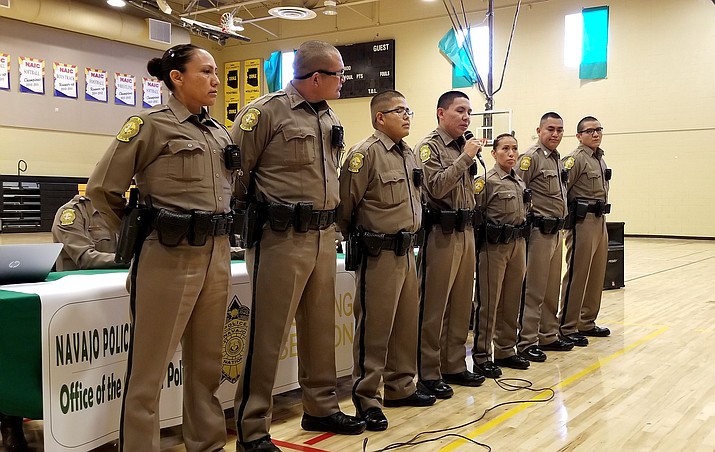 WINDOW ROCK, Ariz. — The Navajo Police Department heard from the public during the first of a six-listening sessions scheduled by the Office of Chief of Police.

The sessions were open to the public with the intent to provide the people an opportunity to ask questions and voice their concerns to the Navajo Police Department Chief of Police and the district command staff.

The purpose of the sessions, according to Chief of Police Phillip Francisco, is to provide a platform for the public to give their comments and to hear what NPD is doing to address their concerns.

The listening session is the first of its kind for the department and has been a priority for Francisco to bring to the community. As part of his efforts to improve NPD, Francisco said he would like the data collected to be used to improve the future of the Navajo Police Department and to become a department that is responsive, reliable and trustworthy.

“We are currently working on doing an overall assessment of the department and a part of that evaluation comes from the people we serve,” Francisco said, “We need to hear from the public, the good and the bad in order to become a better department”

Those in attendance had an opportunity to meet and speak directly to the district leadership and voice their concerns, which varied in spectrum. Francisco and his command staff addressed the concerns during the second half of the public discussion.

One prevalent question was the lack of officers and response time, which Francisco addressed by introducing the public to the current Navajo Police Academy police recruits.

Because of the Navajo Police Academy, NPD welcomed twelve new officers in June. Today, there are nineteen police recruits who are halfway through their academy training in Chinle, Arizona.

“The Navajo Police recruits were invited to participate in the session to hear from the people in their communities and to know what they expect from their NPD officers” Francisco said.

NPD hopes the new officers on patrol will make a significant impact on response time.

Other concerns included lack of communication between the public and the law enforcement department.  Improving communication is one of many tasks Francisco has made a priority.

To improve external communication, the department hired a public information officer to oversee community relation efforts and improve community outreach initiative. NPD is also working on establishing an online complaint and commendation form that can be accessible to the public.

“We are making progress and are looking toward the future for this department,” Francisco said, “I want to thank my command leadership and all the support staff who work collectively to reach our department goals and vision.”

Navajo Police Department cancelled a listening session in Indian Wells and Cameron, Arizona on Sunday because of weather and road conditions and will reschedule for future visits.

This is the first series of listening session to be held on the Navajo Nation. Additional dates and locations will be scheduled early next year.

The next listening sessions will be Dec. 8 in Kayenta, Arizona and Shiprock, New Mexico.

The listening sessions will be live streamed on the police department’s Facebook page for those not able to attend the sessions in person.