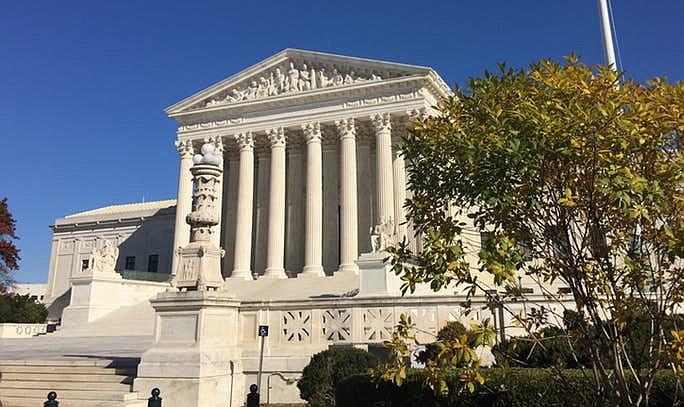 This case may head to the Supreme Court in Washington, D.C. (Photo by Mark Trahant)

The Department of Justice, with the Department of Interior and Health and Human Services, and their officials, filed a notice of appeal on Nov. 30 to the U.S. Court of Appeals for the Fifth Circuit, according to a joint statement from the National Indian Child Welfare Association, the National Congress of American Indians, the Native American Rights Fund and the Association on American Indian Affairs.

“We applaud the Department of Justice for standing up for Native children and families by continuing to vigorously defend ICWA,” said Sarah Kastelic, executive director of the National Indian Child Welfare Association. “The Department’s action sends a strong and clear message that tribal nations, as governments, have a role in protecting Native children from abuse and neglect; helping families receive the support services they need; and ensuring children stay connected to their families, culture, and communities.”

The next step is waiting for the arguments from the U.S. and four tribes, which will say why they are appealing, according to Dan Lewerenz, an attorney with the Native American Rights Fund. Lewerenz has been working on cases pertaining to the Indian Child Welfare Act since 2015. The law organization is working with Dentons, a global law firm, to defend this case.

“The Native American Rights Fund is glad to see that the United States has joined the Tribal Defendants (Cherokee Nation, Morongo Band of Mission Indians, Oneida Nation, and Quinault Indian Nation) in this appeal,” Lewerenz said in the statement. “It is shocking that the lower court would so casually set aside an Act of Congress that has been in effect for 40 years, and would rely on such novel reinterpretations of Supreme Court precedent to do so. Congress spent years investigating and drafting the Indian Child Welfare Act, and in doing so conscientiously weighed the constitutional issues at stake. We are glad that the United States will continue to defend the constitutionality of this critical statute, which has helped to preserve so many thousands of Indian families.”

In October, Texas deemed the act “unconstitutional” in the Brackeen v. Zinke decision where a non-Native couple tried to adopt a Native child. U.S. District Judge Reed O’Connor said the act is a “race based statute” violating the Equal Protection Clause. The act was created to keep Native American families together. It gives priority to the Native child’s biological family, members of the child’s tribe, or other Native families.

The couple, Chad and Jennifer Brackeen, have adopted the child since.

The Navajo Nation is working to get involved in the case since it involves a Navajo child.

The tribal nation was not party at the district court, but has moved to intervene as a party

Tara MacLean Sweeney, the assistant secretary for Indian Affairs at the Department of Interior, released a statement when the Texas decision was made.

“For nearly forty years, child advocacy organizations across the United States have considered the Indian Child Welfare Act to be the gold standard of child welfare policy. The department of the Interior strongly opposes any diminishment of ICWA’s protections for Indian children, families and tribes,” she said. “The department will continue to work with tribes and states to implement ICWA moving forward. We reiterate our support for ICWA’s goals of ensuring the safety of Indian children, maintaining Indian families and promoting tribal sovereignty.”

​Jourdan Bennett-Begaye, Diné, is a reporter/producer for Indian Country Today in Washington, D.C. Follow her on Twitter:@jourdanbb. Email:jbennett-begaye@indiancountrytoday.com.