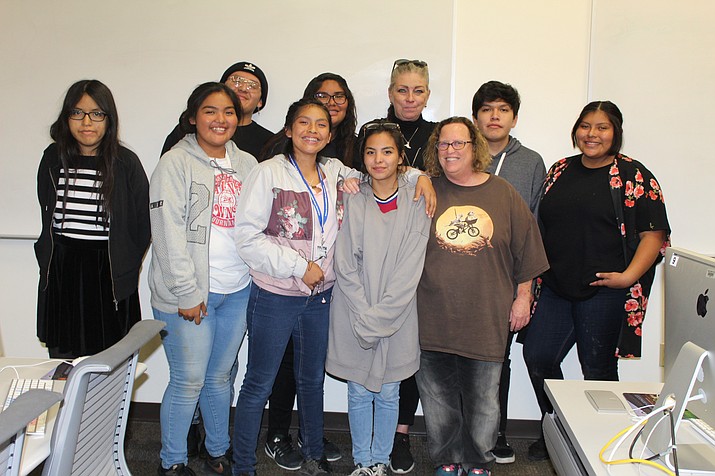 One walks into the film facility and knows it’s serious business because the facility houses $1.25 million in film equipment in a room that is larger than some buildings.

“We teach what’s currently going on in the industry,” Thorlaksdottir said.

The equipment includes everything from state-of-the-art lighting and cameras to jells for color correctness.

Thorlaksdottir, who comes from Iceland, said the SCC film program offers everything from sound classes to multi-media. Students work on filming everything from public service announcements to movies to screen writing and news.

“We expose them to all different mediums,” she said.

The film program, which can be completed in two or three years depending on how fast the students want to go, can land students some of the best jobs in the industry. Some of Scottsdale Community College film students get jobs at Nickelodeon, Fox News, Phoenix Coyotes and other sports teams.

Students at SCC film can learn how to be directors or cinema photographers. The film department also works closely with the theater department.

The program can cost $8,000 to $11,000 for the two to three years; much less expensive than university programs, which can cost that much or more per year. Students can earn a certificate from the program or a two-year degree from the college.

Kimmale Anderson, a video student at Hopi High, was seriously considering attending the SCC film program because the hands-on approach and relatively inexpensive costs were enticing to her.

Isabel Anzuras, a video student at Hopi High, said the SCC film program was awesome because they were hands-on and explained everything, especially the way the equipment operates.

“The equipment they had was organized and everyone was so welcoming,” Anzuras said. “Going here was one of the highlights of the trip.”

Gabe Fredericks, a print journalism and video student at Hopi High, said the visit to SCC’s film program was amazing.

“Their facilities and equipment they had gave me shivers. I love the way their facility looks and also how lovely their professors were. Everyone I encountered seemed like they loved it there,” he said.

“I’ve never seen any place like this before,” she said.