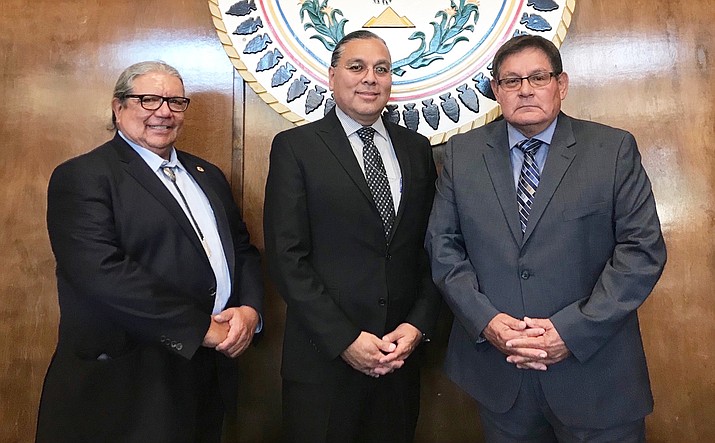 Bartholomew Stevens officially began his new role as the regional director Aug. 20, replacing Sharon Pinto, who was recently reassigned by the U.S. Department of the Interior, to serve as the deputy director for the Bureau of Indian Education. Deputy Bureau Director of field operations, Jim James, was also part of the introductory meeting.

Bates informed Stevens that the Navajo Nation Council has a strong position against the reassignment of Pinto, largely based on the relationship she had built with the Council members, her knowledge and expertise of federal issues that impact the Navajo Nation and her willingness to communicate and work effectively to move matters forward.

Bates also encouraged Stevens to come before the Council as soon as possible to become more familiar with ongoing matters, such as the possible closure of the Office of Navajo-Hopi Indian Relocation, Navajo Generating Station and many others.

“The Council has taken a position on many important issues and you will have some big shoes to fill in your new role,” Bates said.

In his new role, Stevens said he will be responsive to Navajo Nation leaders and their concerns in his new position, adding that his service will be based largely on accountability and responsibility.

According to the U.S. Department of the Interior, Stevens is an enrolled member of the San Carlos Apache Tribe with ancestry from the Gila River Indian Community in Arizona, the Shoshone-Bannock Tribes in Idaho and the Ute Indian Tribe in Utah. He previously served as the acting director of the Bureau of Indian Education as well as the deputy director.

Stevens is scheduled to provide a report to the Navajo Nation Council during the opening day of the upcoming Fall Council Session Oct. 15 at the Council Chamber in Window Rock.

Information provided by the Office of the Speaker