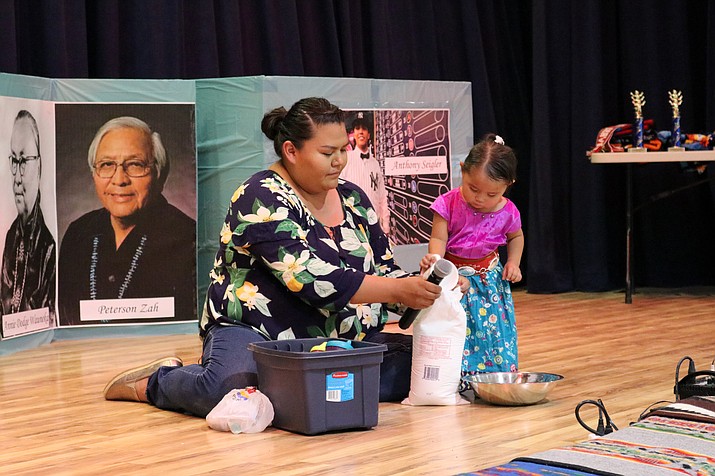 The public is invited to attend various events for the 33rd annual Central Agency Fair including the popular Powwow, Song and Dance and Rodeo events held Aug. 20-26 in Chinle. (Submitted photo)

CHINLE, Ariz. – The 33rd annual Central Agency Fair is in full swing beginning with pageants for the Baby Contest and L’il Brave and L’il Miss Central Navajo pageant Aug. 20 and 21. 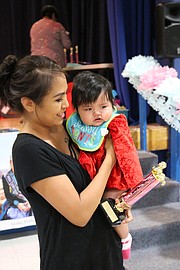 The public is invited to attend the various events that will make up the Central Agency Fair including the popular Powwow, Song and Dance and Rodeo events.

The theme for this year is, “Honoring Our Past, Present and Future Leaders.” To reflect that theme, the Central Agency Fair has named two grand marshals for its parade to take place Aug. 25 – Damon-Bahe Boxing Team and Navajo Code Talker William T. Brown.

Also named as grand marshal is one of the last living Code Talkers on the Navajo Nation. William T. Brown is from Cottonwood, Arizona, and is of the Water Flows Together clan and born for Red Bottom People. He enlisted in the U.S. Marine Corps in November 1944 and was a Navajo Code Talker during World War II. After his service, Brown was also a community leader for the Cottonwood Chapter serving as treasurer/secretary.

Future leaders are further represented with the five pageants that the Central Agency Fair hosts. The Baby Contest boasted 32 contestants in three age categories for boys and girls. Many of the contestants were well spoken in the Navajo language and displayed cultural talents. When it was all over, KimQuilla Carr of Chinle, and Aiden Harvey of Tsaile, Arizona were declared the Baby Princess and Baby Brave, respectively.

The Gorman’s Arena Fairgrounds is where the bulk of the events take place during the fair. Visitors can expect to see many people dressed in their finest traditional clothing and jewelry at the song and dance. A warm-up started Aug. 24 with singing and dancing. Registration for the contest will begin at 10 a.m. Aug. 25, with grand entry at 12:30 p.m. The song and dance will continue Aug. 26 with roll call a 10 a.m.

An Elder Fest was held at the fairgrounds Aug. 24, starting at 9 a.m. Elders from all over the Navajo Nation are usually in attendance at this event. Held off-site at the Chinle Community Center parking lot was Youth Day, sponsored by the Chinle Office of Diné Youth Aug. 23. Service providers set up booths and give the youth a chance to learn about various programs while having fun and playing games.

The Chinle Agency Fair has various rodeo events beginning Aug. 23, with junior bull riding and steer riding. On Aug. 24 the Western Junior Rodeo Association rodeo began at 9 a.m. and wooly riding for the kids at 6 p.m. On Aug. 25, an Akali Yazhi Rodeo is at 1 p.m. and the Central Navajo Rodeo Association 1st performance is at 7 p.m. The second performance will be at 1 p.m. Aug. 26.

There will also be the carnival beginning on Thursday through Sunday, and a country and western dance on Friday and Saturday nights.

The public is invited to take part in this year’s celebration and to honor all our leaders.