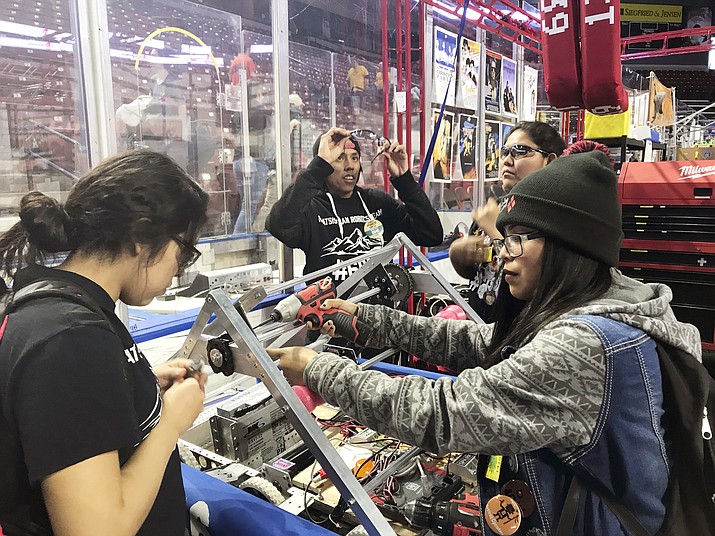 SALT LAKE CITY (AP) — A team of Navajo high school students from a remote town in southern Utah is building a robot to represent North America in an international robotics competition.

The teenagers have worked all summer on the project, scheduling meetings between long drives to jobs far from the red rock and sage country of Navajo Mountain, where there is little paid work, said teacher Heather Anderson.

The team was specially invited to compete in the First Global Challenge Aug. 14 in Mexico City where teams from more than 190 countries created robots for environmentally friendly energy generation. 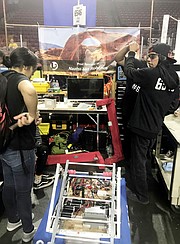 Team Naatsis'aan, a Navajo name that translates to Navajo Mountain, has been competing for two years in Utah and ranks among the best in the state at that level, said Chelsey Short, regional director for FIRST Robotics. They got started after an Australian team reached out online and supportive coaches kept it going, but sustaining the program at a high school with a total of 30 students has been challenging.

"It's not like they had those technical skills, they decided they wanted to start a team and just kind of went for it, and they found mentors along the way," Short said.

Even getting food for team meetings can be a challenge, since the nearest restaurants and grocery stores are 90 minutes away from the Navajo Mountain community, where a number of homes don't have running water, Anderson said. When they ran out of specialized screws, they had to wait two weeks to receive more in the mail.

Each of the teams that headed to Mexico City built a robot capable of feeding power plants to scale and an efficient transmission network. The three-person Navajo team worked in alliances with other teams to score points in the challenge organized by the robotics nonprofit First Global.

The team from the Navajo Nation got a kit of supplies to build their robots in early June, and programmed the machines to perform tasks like moving boxes to specific spots on a playing field and turning a windmill, Anderson said.

For the students, the experience has sparked an interest in computer and programming careers.

"The kids are really patient. They're used to jumping through a lot of different hoops," Anderson said. "That's what's really special about this team; they're really proud of their work."