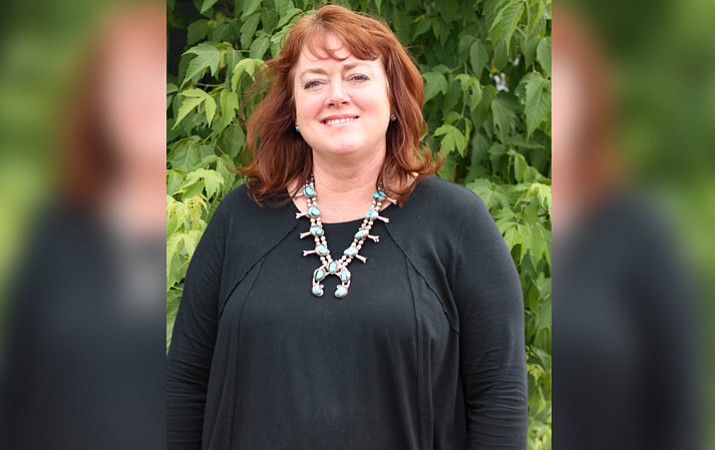 FLAGSTAFF, Ariz. — Businesswoman Tiffany Shedd is running for Congress in District One so she can give rural Arizonans a voice as her emphasis is on providing local control.

“We are being forgotten and overregulated,” she said.

Shedd is taking on Arizona State Sen. Steve Smith and retired Air Force colonel Wendy Rogers in the Republican primary Aug. 28. The winner will face incumbent Democrat Tom O’Halleran in the general election in November. The first district runs from the Utah border down to the outskirts of Tucson and includes parts of 11 of Arizona’s 15 counties.

Congressional District one has 12 tribes in the district including Navajo and Hopi.

Shedd, who has lived in Arizona the majority of her life, said her top issues are eliminating unnecessary federal regulations and making sure there are more local controls whether it regards water, uranium mines or natural resources.

Shedd is not Native American, but her husband is from the Muskogee Tribe from Oklahoma. She said the federal government tends to treat all tribes the same, and they are quite different.

“It’s unacceptable how we have written them off as human beings,” she said. “There are still 500 uranium mines that have not been cleaned up. That looked like a top down decision that didn’t work and that bothers me. If those mines were in D.C. they would have been cleaned up.”

Shedd said long-term policies are needed to address water issues as large parts of Arizona do not have access to clean useable water. She said reservations and other rural areas will not have economic development if they do not have electricity or water. Shedd said America helps other countries with water and electricity, but does not help those on reservations in this country with that infrastructure.

Shedd said the residents of rural Arizona should be able to determine how their resources, such as water or electricity, are used.

“We can have win-win situations when leaders sit down to work out solutions,” she said.

Shedd said her son Steven, who is Native American, plans to go to law school after her campaign concludes.

Shedd said she is willing to work with other members of Congress, regardless of political party, if it helps northern Arizona. She said both parties need to work together more and when there are disagreements they should be respectful. She said all rural Arizonans want good education and good jobs.

“People are people and we all in our hearts want the same thing,” she said.

Regarding the pending closure of Navajo Generating Station, Shedd said maybe one unit should be kept open to create more opportunities for economic development. She said rail lines could be put in to move coal to other locations. She said hydroelectric power could be another option.

“The BIA kills too many projects. We need other options,” she said. “We may be able to keep it open, but with other uses.”

Shedd has not worked with the Navajo or Hopi tribes in the past, but is willing to learn, especially about treaties and health care.

“People think it’s entitlements, but these things were promised to the tribes for giving up massive amounts of land,” she said. “Tribes need more empowerment. A lot of time the federal government doesn’t listen. The point is not what I want to do for them, but what they want me to do for them. When we ignore their perspective we are all weakened. I would like to be the bridge to bring other congressmen out there because unless you have seen it you have no clue. I want to educate people about our issues so we have a voice in American policy.”

“It’s like we don’t exist, but what we do in CD1 impacts the rest of the state,” she said. “I get frustrated because there are so many photos of Monument Valley, but we’re not just pretty pictures. We’re people.”

Her political role models are George Washington, Barry Goldwater and Rosa Parks. Washington because he moved away from the power to be king because he cared about America; Goldwater because he had the principles of northern Arizona; and Parks because she was brave.

Shedd said in order to improve the economy on the reservations there needs to be electricity, broadband and potable water. She said the federal government should supply funding for this.

Shedd said she supports President Donald Trump because he is patriotic, has done a lot for veterans and likes rolling back regulations.

“Whoever wins needs to understand rural Arizona. We have a diverse population and geography. I will help the president understand what we need,” she said.

Shedd said she is different from her primary race opponents because she is the only one talking about natural resources and as an attorney she has 25 years’ experience working on water issues. She said she is more of a coalition builder.

“We need to work together for the better of rural Arizona,” she said.

Shedd said it is tough improving education on reservations because these schools have been underfunded for years. She said the tribes with casinos or oil have been able to improve their schools, but the other schools lack the funding.

“We’ve seen this for 100 years. When is it going to stop? We need more funding for good teachers and good facilities,” she said. “The federal government should supply more funding, but the decisions should be made locally.”

Shedd said no population should ever be written off because there is always hope.

“I have a huge heart for what native people have gone through. I want to give them the tools they need to get what they want, be strong and have what they want for their children,” she said. “We want every child to have a chance.”