Environmentalists want Glen Canyon Dam removed, but is that possible? 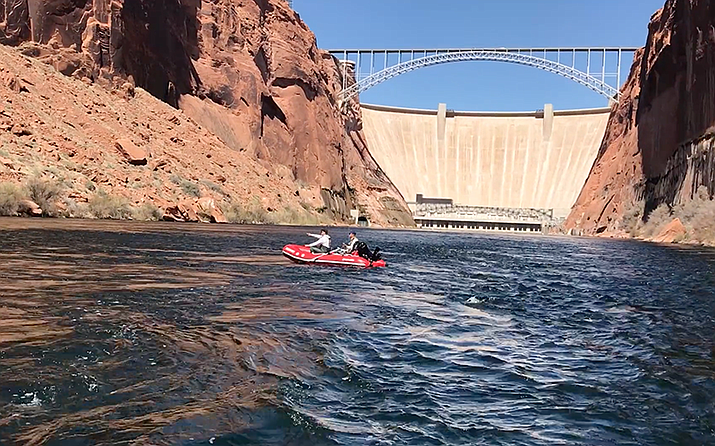 Environmentalist have opposed Glen Canyon Dam since the water-storage and hydroelectric project was proposed in the 1940s. (Photo by Cronkite News)

PAGE, Ariz. – The Bureau of Reclamation finished Glen Canyon Dam in 1963, obliterating one of the most spectacular red-rock canyons in the Southwest and altering the flow of the mighty Colorado River.

The concrete-arch dam, just south of the Arizona-Utah line, was first proposed in the 1940s to store water and produce electricity for Western states. Initial plans were to dam the Green River, a major tributary of the Colorado, but that would have flooded Dinosaur National Monument in Utah, so planners turned to little-known Glen Canyon.

But the formation of Lake Powell behind the dam cooled the Colorado and reduced sediment flows downstream, making the water clearer and preventing the replenishment of fragile shoreline habitat. The sediment buildup eventually could interfere with the dam’s operations.

Environmentalists opposed Glen Canyon Dam even before it was built, and some now argue it should be dismantled regardless of the environmental and economic costs that could have. But others disagree, contending removal would be too costly and arguing that the dam has forever transformed the river from Page to the Grand Canyon, which lies to the southwest.

Economically, Page and nearby communities rely heavily on the dam’s operation and the tourist attractions and activities created by Lake Powell.