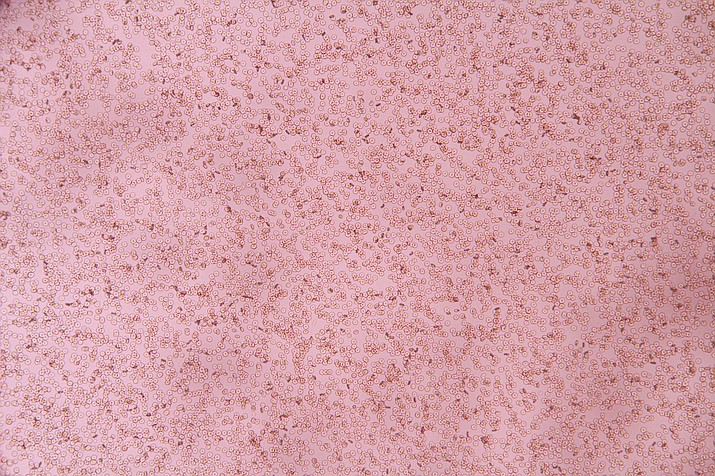 WINDOW ROCK, Ariz. — The Health, Education and Human Services Committee considered legislation July 30 to amend Navajo Nation Code to no longer use blood quantum as a requirement for enrollment as a new member of the Navajo Nation.

The legislation states that individuals who have not been previously enrolled as a member of the Navajo Nation will be required to provide proof of their Navajo ancestry and receive approval from an Enrollment Screening Committee. However, children born to any already enrolled member shall automatically become members of the Navajo Nation provided that they have at least one-fourth degree of Navajo blood, which would not require approval by the proposed committee.

HEHSC chair and legislation co-sponsor Council Delegate Jonathan Hale (Oak Springs, St. Michaels) said that under Diné Customary Law, individuals who are of Navajo heritage have the right to be a part of Diné communities, to learn and become knowledgeable in Navajo life-ways, and that they are allowed to be immersed in their culture and language.

“This legislation was developed to aid individuals with Navajo ancestry, namely Navajo children who are removed from their homes into non-Native foster care, the opportunity to enroll with the Navajo Nation,” Hale said. “At times, Navajo children that were never enrolled into the tribe are placed in homes outside of the Nation, and we have to make sure they come home within our four sacred mountains.”

He added that under current Navajo Nation law, children who do not possess one-fourth degree of Navajo blood are ineligible for enrollment and cannot seek relief under the Indian Child Welfare Act (ICWA), which allows Native American children to be placed in homes within their tribal communities.

The bill further states that in addition to providing ICWA relief, the amendments to the enrollment requirements would allow for persons of Navajo ancestry who have unique circumstances such as being adopted out of the Navajo Nation, overseas birth and other special situations to apply for membership through the screening committee.

HEHSC member Council Delegate Steven Begay (Coyote Canyon, Mexican Springs, Naschitti, Tohatchi, Bahastl’a’a’), said that proving Navajo ancestry is very important when persons decide to enroll with the Navajo Nation, and stressed that in addition to providing Navajo clans as a membership requirement, an individual must also prove their connection to the Navajo Nation through family ties and home land areas.

“I would like to offer an amendment to also require that individuals applying for Navajo Nation enrollment provide their family lineage such as identifying biological family by their name and ancestral home land areas, or chapter,” Begay said. “As Navajos, we understand that we are not just linked through clanship, but to the relatives and our home areas — it is also a large part of our Diné identity.”

Hale said he wanted to clarify that in addition to providing clanship and ancestral ties to the screening committee, individuals seeking membership into the Navajo Nation can also provide evidence of their ancestry through affidavits, certified copies of public and church records, any other official documentation and witness testimony.

The committee also voted 4-0 to approve a directive recommended by Hale for the Navajo Nation Office of Vital Records and Identification and the Navajo Nation Department of Justice to develop policies for the screening committee, and to update the enrollment office’s plan of operation, which has not been amended since 1928.

HEHSC members voted 4-0 to approve Legislation No. 0256-18 with one amendment and one directive. The Navajo Nation Council serves as the final authority for the bill.