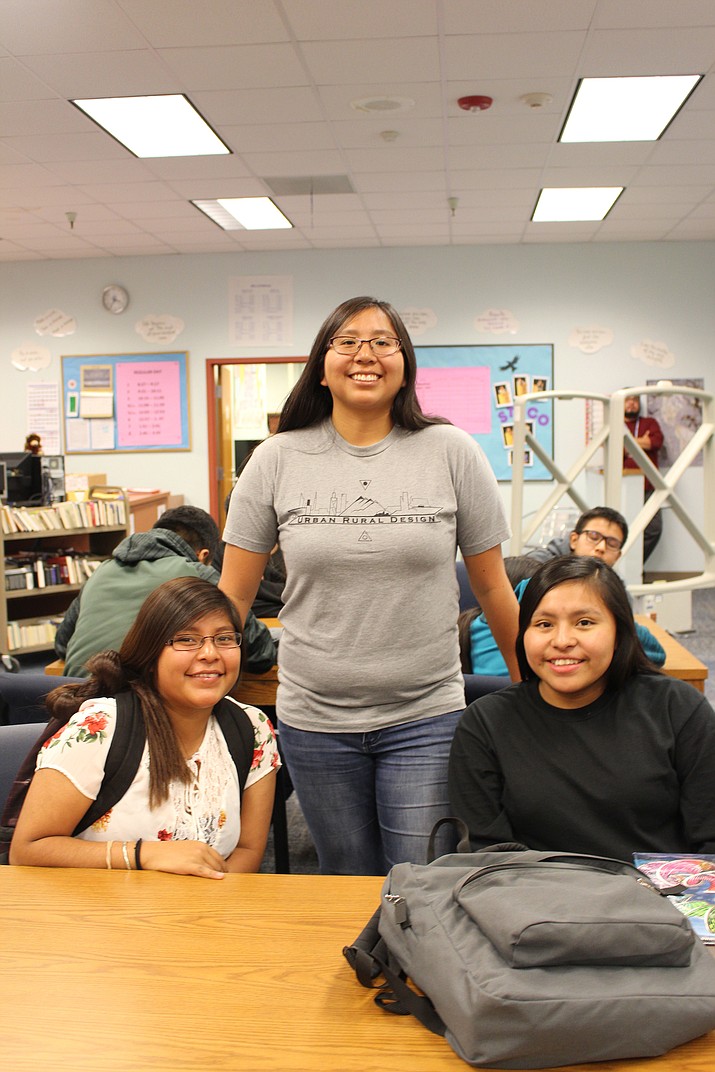 POLACCA, Ariz. — Brianne Laban, a 2008 graduate of Hopi High School, returned to Hopi High to talk to students about college and what it takes to get through college.

Laban said she knows some students were bullied and that makes them want to give up. She said some consider suicide because of bullying.

“But I’m here to talk about college and I’m proud that you want to experience that,” she said. “We want to encourage you to learn.”

Laban said there were times in college when she wanted to give up and quit. She attended Dartmouth, an Ivy League School, but that is also where she first confronted racism.

Laban said Hopi stories, especially the migration stories, teach about the tough life. But she said today, because of cell phones, students have a much easier life.

“It makes us lazy. You need to be mentally prepared for the outside world such as college,” she said.

Laban said most Native American students who go to college don’t last through the first quarter. She said the college world expects everybody to think the same.

“We have our Hopi, Navajo and Tewa perspective,” she said. “They will try to take that from us. A lot think Native Americans don’t exist anymore. Some told me I don’t write ‘white enough.’”

“That could be the reason why some come home,” she said. “We were our own support system. That’s how we got by.”

Laban warned high school students that when they go to college, their parents will not be there anymore.

“Your friends are your support so be kind to your friends and help each other,” she said.

One experience Laban had in college was in a photo art exhibit. Most of the other students tried to talk her out of an exhibit about Native Americans. But she persevered and her exhibit was the top one in the studio.

“The class tried to silence me. College is not easy like high school. In college, you only have a semester to learn,” she said.

Laban said one semester she was drinking and flunked a class.

“You feel this is a time to be stupid, but you have to be responsible,” she said.

The next semester Laban pulled A’s and B’s so she graduated and then went to Alaska for a year.

Laban said that when Native Americans pray they pray for everyone, but western culture prays just for themselves.

“We see that with phones, tablets, drinking and smoking,” she said.

So after visiting Alaska, she came away with the idea that Hopi homes are not appropriate for their environment so she wanted to go into architecture. She also wants to implement Native American designs into the architecture. So she went to graduate school for architecture. She will graduate this May.