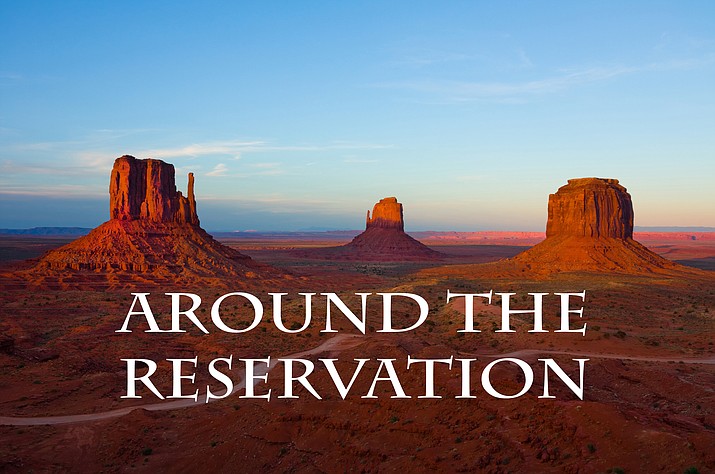 The Clansmen take center stage at the Monecopi Legacy Inn and Suites Sept. 30 at 8 p.m. They are back by popular demand. Each dance goer will receive a complimentary souvenir as a keepsake with paid admission, compliments of DHD Productions. This is a drug and alcohol free event perfect for friends and family. More informaiton is available by visiting DHD Productions at www.dhdproductions.com.

National Domestic Awareness Month will kick off on Hopi at the Hopi Veteran’s Memorial Center in Kykotsmovi Oct. 1 at 4 p.m. The event is free and open to the public with a theme of ‘Strengthening Communities through Culture and Collaborative Services. More information is available by calling (928) 738-1115 or (928) 225-7029.

The community is invited to a free community conference titled ‘Bridging Communities Together’ at the Chinle Community Center in Chinle, Arizona. The event is an opportunity for the public to learn, share and and partner for positive change in their communities. The conference features guest speakers, resource booths, health screenings, entertainment, a raffle and door prizes. More information is available by contacting Tyrone at (928) 674-2052 or Nora at (928) 674-5500.

Condors release to the wild at Vermilion Cliffs Sept. 30

California Condors will be released to the wild in Vermilion Cliffs National Monument in northern Arizona at 11 a.m. Saturday, Sept. 30. The public is welcome to observe the release from a viewing area where spotting scopes will be set up and project personnel will be available to answer questions.

Driving directions: Take Highway 89A from Kanab or Page to the Vermilion Cliffs (from Flagstaff take Highway 89 to Highway 89A). Turn north onto BLM Road 1065 (a dirt road next to the small house just east of the Kaibab Plateau) and continue almost 3 miles.

• Details: Informational kiosk, shade structure, and restroom at the site.

This will be the 21st annual public release of condors in Arizona since the condor recovery program began in 1996. Condors are hatched and reared in captivity at The Peregrine Fund’s World Center for Birds of Prey in Boise, Idaho, and transported to Arizona for release to the wild. Condors also come to the release site from the Oregon Zoo, Los Angeles Zoo, and San Diego Zoo Safari Park.

As of June 30, there were 74 condors in the wild in the rugged canyon country of northern Arizona and southern Utah. The world’s total population of endangered California Condors numbers over 450 individuals, with more than half flying in the wilds of Arizona, Utah, California, and Mexico. The historical California Condor population declined to just 22 individuals in the 1980s when the program was initiated to save the species from extinction.

The Arizona-Utah recovery effort is a cooperative program by federal, state, and private partners, including The Peregrine Fund, Arizona Game and Fish Department, U.S. Fish and Wildlife Service, the Bureau of Land Management’s Vermilion Cliffs National Monument, Grand Canyon and Zion national parks, Utah Division of Wildlife Resources, and Kaibab and Dixie national forests among many other supporting groups and individuals.

More information about California Condors in Arizona is availabe at http://www.peregrinefund.org/.

Around the reservation: week of Sept. 6
Endangered condors to be released Saturday
Condor hatches on South Rim of Grand Canyon
Three condors released at Vermillion Cliffs
After 100 years, California condor could return to Pacific Northwest
Contact Us
Submit Questions, Comments, or Story Ideas