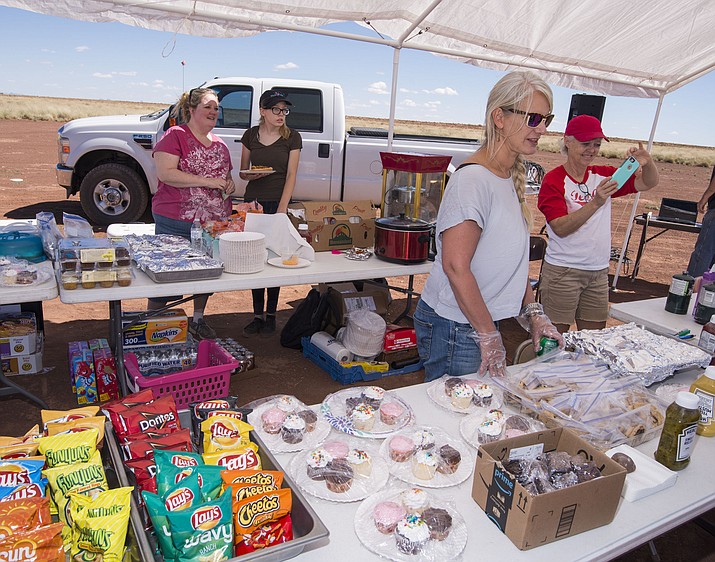 Volunteers sell baked goods and other food to raise money in an effort to move Red Sands School to Winslow for the 2017-2018 school year. School Administrator Brian Snyder said he has heard from parents that the current school is too remote for kids to get to school easily. Todd Roth/NHO

Red Sands is located on Route 99, 14 miles from Leupp, Arizona on the Navajo Reservation. It is a first through eighth grade school and is about 75 percent Native American.

School Administrator Brian Snyder explained that relocating to Winslow will reduce the cost to bus students. Red Sands currently spends $100 a day on bus fuel. Navajo students will still attend the school and students who live on the reservation are provided 100 percent scholarships to attend the school.

Snyder said that relocating to Winslow will make it easier to recruit students and volunteers.

Additionally, many people said traveling to the current school is inconvenient because of its remotness.

Snyder said the school has signed a contract to buy the Armory property owned by the city of Winslow for $189,000. The closing date for the purchase is mid-November 2017.