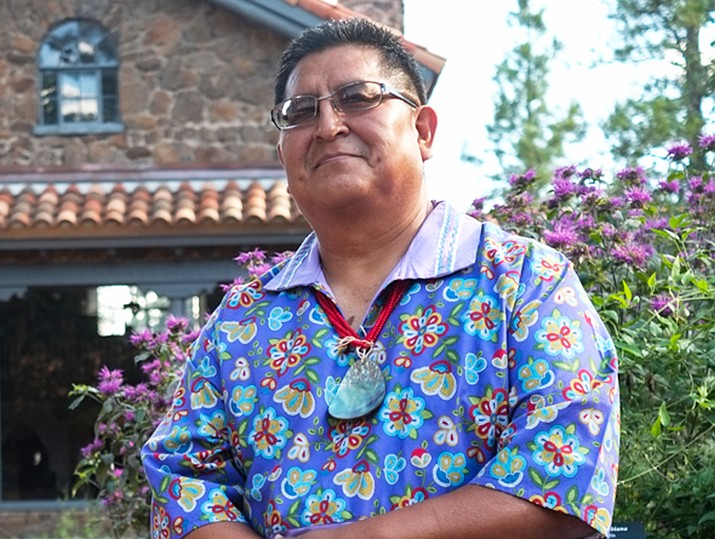 Clark W. Tenakhonga is originally from the village of Hotevilla.

Why do you feel you’re a qualified candidate to run for vice chairman of the Hopi tribe?

First of all, I consider myself now mature. When you pass 50 you’re supposed to have some maturity. Now I’m 60. I retired just this year from the Department of Veterans Affairs. I worked 17 years with them. I served 10 years with the U.S. Army. Other than that, culturally, I’ve been looked at as a mentor and advisor by a lot of my people, especially with the younger people. I currently sit as an advisory committee member for the Hopi Preservation Team for a lot of the cultural aspects of what’s facing the Hopi tribe. With my experience and the opportunity to be elected into four school boards, I’ve served the federal, grant school and state public school and the Hopi Board of Education for 15 plus years as a community member. I also sit as president of the livestock organization — Hopi Livestock Association. We’re a group of about 30 ranchers promoting the Hopi beef industry and ranching.

I also recently completed my 29th year as an artist at the Santa Fe Market and I’m a community volunteer at KUYI. I’ve also released four records with Canyon Records and currently my record is up for the Nammys and the Summer Music Festival.

Having those types of exposure to the outside world and representing not just myself but the Hopi people I feel that I’ve learned some aspect of how an ambassador should be representing the Hopi tribe — people, the culture, the religion, the history, the language of who and what we are.

In your opinion what are the two biggest issues facing the Hopi Tribe?

The Navajo Generating Station (NGS) is closing in two years and I don’t know where the tribal council is or what they’re going to do with the revenue of the entire tribe. Do we have monies set aside to continue on with the way the operations with the way the whole tribal government is now? That needs to be seriously addressed. We talk about caring for our people but where is the tribal council? They’re the governing body for the tribe. They receive funds on behalf of the people. They distribute the funds on behalf of the people — where are they at? That is the big question.

Right now, my platform has in it some things that can be done pretty quickly — renewable energy. We have a lot of resources out there that can be used if done in the right way, without further damage to our culture, our homeland and our religion. The tribe over the last 20 years has purchased some major capital outlay. That needs to be researched — as a business person what am I getting off this business? Is it something that is just a continual rotation?

Education — I look at it on a personal level. We are fortunate, me and my wife to have been allowed to use what resources and revenue that the tribe has given to our scholarships given to our children. They had the will and drive to do it but here on the Hopi reservation, within the last 10 years, all the schools have become grant schools — now they’re supposed to be self-governing, community governed but they have no curriculum, no standardized curriculum. Any public school district like Flagstaff or Winslow — all the six elementary school districts are teaching the same curriculum regardless of where they’re sitting at inside the city. That needs to happen here all the way from Moenkopi to Keams Canyon.

Higher education needs to be addressed. Why is it that there is such a long process to obtain a grant or scholarship to go even to an industrial/trade school? We’ve got people out here that want to go to school. Transportation needs to be addressed. A lot of people out here have children, but due to the lack of jobs and resources out here, they want to get a job and education for themselves, they don’t have transportation to get out.

The other thing is renewable resources. It’s not something new and it’s got to be looked at in a real serious way. Globally everybody has renewable energy. The coal industry is out the door. No jobs are being created under the coal industry. Maybe there’s uses in other ways (for coal) but just me looking at it, what it has done for the Hopi tribe? That’s a serious issue. There’s a lot of sources out there that can be used as renewable energy. Why is the Hopi tribe not going into solar farming … another (idea) that may not be fit for the outside economy but I’m looking at for my people is starting some Hopi farms, going back to the issue of health. We need to attack this issue of cancer and diabetes, which is rampant on the reservation. I look at this (farming) as a revenue source. Hopi’s are known to be the best dry farmers in the world.

I feel like I’m a qualified candidate for the office of vice chairman through my experience, leadership and having the opportunity to serve in various capacities on the Hopi reservation — especially with the veterans. The other message is in the leadership style I have. You look at the issues or if there’s policies that’s what you go by. You don’t micro-manage a department. That’s why there’s administrators in each department, you give them the benefit of the doubt. I don’t go on here say. I try and get the facts before I respond to anything. (Because of) the maturity level in having gone through the military, the federal and then my tribal way of getting educated, I feel out of the three candidates running for vice chairman I’m most the qualified and most fluent in language — that gives me an asset.

If I set a goal and a mission to do certain things in my lifetime, I’ve attained those. Whether its struggles and effort to the point that I look at myself as a fighter — not somebody who will sit in the back seat. I was taught — are you going to lead or are you going to follow?

I feel confident about myself. I’m not going into this job to seek a name. Clark Tenakhonga is my name. I’m not looking to the title for vice chairman. I’m looking at it as working again for the people, because the Hopi way is once you attain a seat and the people look at you they’re going to become part of my family. Whether they’re older, younger or the future generations … in the Hopi way you become their father, so I will become their father and look at things realistically, culturally and ethically. What is the best way I can give back to my people?