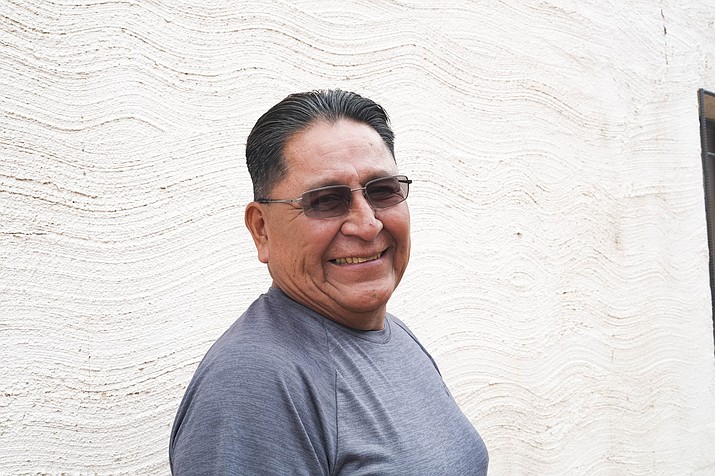 Arthur Batala is originally from the village of Mishongnovi.

Why do you feel you’re a qualified candidate to run for vice chairman of the Hopi Tribe?

I’ve been on and off the tribalcouncil since the late 90s. My very first experience in tribal council came from being appointed. We had an individual in the village who was the Kikmongwi (spiritual leader) of the village. At that time he was appointing different people to serve on the tribal council for the village. Having served on the board and serving on the Hopi tribal representative for the village during these years off and on, it has provided me with a lot of experience in working with local governing boards and with the federal, state and county level. During my time in Hopi Tribal Council I was a member of the different task teams — the tribal council task teams, and chairing a couple of those task teams during the time I was in there. I believe I have accumulated a lot of experience. I have my bachelors degree in business administration from Western New Mexico University in Silver City. So all of that put together, I believe I am very well qualified to serve as the vice chairman of the Hopi tribe.

In your opinion what are the two biggest issues facing the Hopi Tribe?

The two biggest issues facing the Hopi tribe is revenue and lack of village participation.

As everyone is pretty much aware Peabody made an official announcement it is going to close its doors in 2019. Peabody is our primary source of income. It has been for quite some time. Four years ago I had submitted my interest to run for vice chairman of the Hopi Tribe, I was on the tribal council at that time. I saw who was running at the time and had a lot of confidence in (them). I took it upon myself to step down, hoping that these two individuals would make a difference. Now that I’m not in tribal council and having looked at how our tribal government is operating from outside the box, I have a different perspective than I did four years ago. I’m disappointed in the non-actions in both administrations today.

I have a lot of visions on how to look at what the tribe can do and look into alternative ways to bring revenue … if and when Peabody closes its doors, 2019 or a little thereafter, do we have a plan B or C? If there are such plans in place why haven’t we heard anything? There is nothing given to the public on what these plans are. I have a serious concern with it. We do have a lot of investments — restricted and un-restricted and I do not wish the tribe to go there now. Those monies are in place for our children and our grandchildren and their grandchildren to come. There has to be alternative means to addressing our revenue issues and I believe I have a lot of recommendations regarding that. It’s going to take not only the tribal council but it’s going to take villages. That’s why I have my platform and priorities are restoring village empowerment, restoring village primacy, restoring village economy. Today villages are not provided an opportunity … pretty much the people are being disenfranchised. Important decisions are being made without the people’s input.

We need to revitalize and restore village empowerment. The empowerment comes from the people. Any elected governmental organization — that’s the source of power, the authority … we are in a crisis management mode at this point in time due to our revenue crisis and in order to make some much needed changes we have to sacrifice and this downsizing of the tribal government has to start at the top. From the top down. That can be done but it’s going to take someone that has the nerve to approach that. I believe I do.

I’ve faced some very sensitive issues during my time in tribal council. At the end of the day those were the right decisions. Those are the reasons I believe village primacy, village empowerment and village autonomy is very important to address. I am going to really work on it. I can’t guarantee that it’s going to happen because I’m not going to make empty promises to anyone. If I get elected I will work with whatever authorities that are delegated to the office of vice chairman.

I believe the revenue crisis is something that nobody can get around. We have to come to terms with how some of these things can be addressed. In addressing that we have two programs that deal with the economic development. One at the tribal government offices and the corporate office in Flagstaff. I think mandates need to be given to these offices to start working on constructive ways to have some kind of economic development here on the Hopi reservation. Most of our commercial enterprises are in Flagstaff or at the Holbrook travel plaza. I don’t believe they serve people well. I think there’s an opportunity for these two programs to work on some kind of development initiatives on the reservation because this is where we are. This is where the livelihood is. If we can do some development here I think it is going to help our people both economically and creating jobs and having the dollar float around here. This is where we live. There are a lot of people who do not want to leave the reservation because of our culture. Our culture is important … that’s who we are, our identity.

In the situation that the tribal government is in at this time and the Hopi people in general, I know that other candidates out there lack, in my opinion, lack the experience in working at this level of the tribal government. I don’t think the Hopi people need to have a person in there who is going to learn as they go along — on the job training. The Hopi people need somebody with experience, ready to hit the ground running. That’s what I can provide to the Hopi and Tewa people. I am ready, able and willing to hit the ground running. A lot of these major issues that the tribe are facing I have worked as the community services administrator for my village and I know what the needs are from the village perspective. I know the needs at the village level and the tribal government level. This is not the time to have somebody in there who is going to learn as they go along.