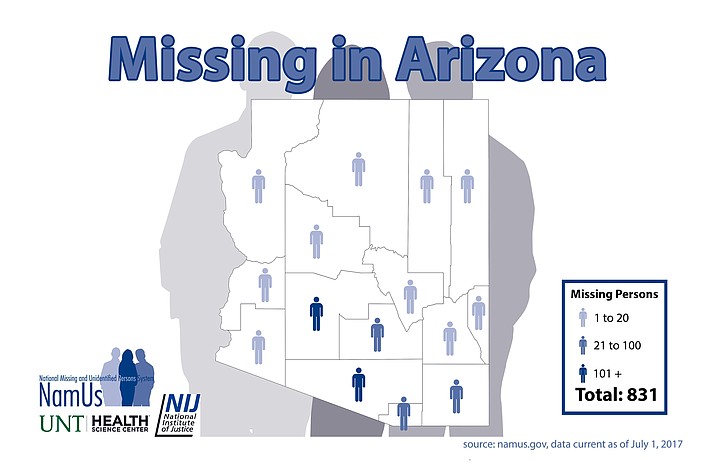 The number more than tripled the 22 reports taken in 2016 and could grow to 75 reports following a review this coming week. There are currently 2,000 Missing Persons in Arizona and another 1,500 unidentified remains.

Families of the missing met individually with a law enforcement officer who helped them file a missing person report. The families had the option of submitting photos and personal records that were scanned into a database, and they were offered the option of providing a DNA swab. Their participation begins a process of trying to match this data with evidence in national and international databases.

“Obviously, there is a great need for this expert assistance for families of the missing in Arizona and around the nation,” said Sheriff Paul Penzone. “Thanks to all our partners and the many volunteers who made this 3rd Missing in Arizona Day a huge success.”